Event: Melbourne – Hoodlums: An Exhibition of Works From PrettyPuke, March 27

PrettyPuke’s photography has garnered a cult following amongst internet-culture millennials who live vicariously through his portrayal of hyper-sexualised independence. His candid photographs document freedom in its rawest nature: anonymous subjects captured in fleeting moments of abandoned inhibitions, celebrating life as an outlier outside of the norms of society. As we increasingly grow desensitised from our emotions, PrettyPuke pushes the boundaries in an attempt to make us feel something through his shocking photography.

As part of this year’s CARBON festivities, he will be exhibiting his works outside of America for the first time ever. Come down to Collingwood on March 27 to celebrate PrettyPuke’s ode to hoodlums worldwide.

Hoodlums: An Exhibition of Works From PrettyPuke 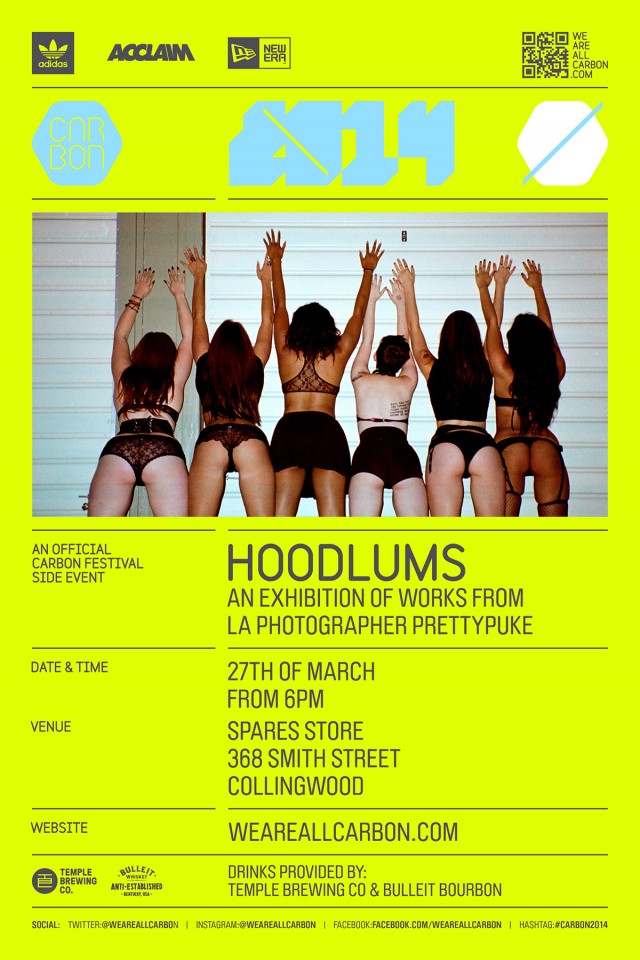