We’ve long been fans of the off-kilter illustrative stylings of both Horpheé and Russell Maurice for a while here at ACCLAIM. So you can imagine that we were pretty hyped when  Doomsday announced that they’d be hosting a collaborative show between the two. Pathetic Bubble opens tomorrow night (the 16th) – so head down to 195a Brunswick Street, Fitzroy for the official reception. If you can’t make it down the show will be up until the 13th of June. 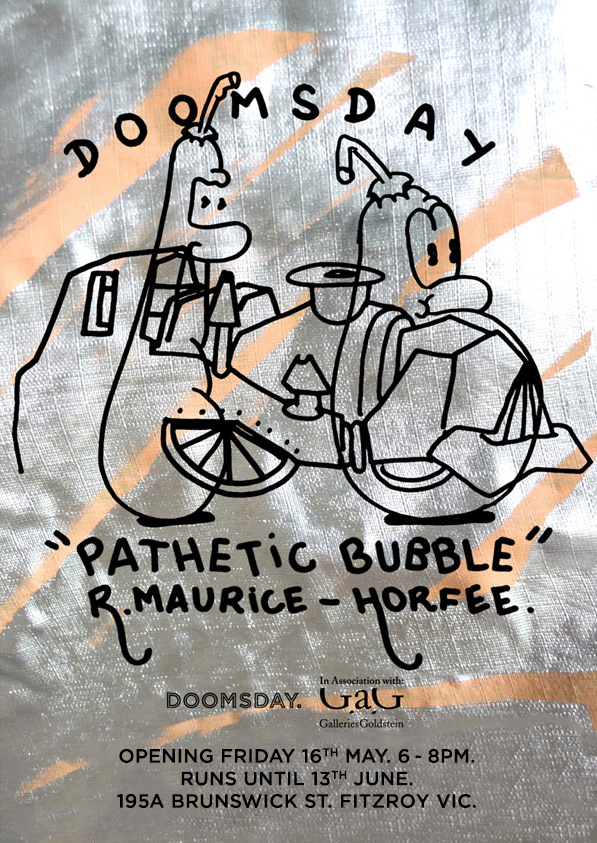