It’s pretty clear that Kanye West’s foray into the art world has been growing for a while now. He likes to work with artists for his tours. He went to art school. He has made dozens of art references in his lyrics.

I’m on my Van Gogh/ I don’t hear shit
Something about Mary, she gone off that Molly/ Now the whole party is melted like Dali.

There was even the recent #biennalye petition made by fans calling for Yeezy to host the Venice Biennale. And his rants increasingly reference creativity of late.

It seems Art Basel has been fun for the whole Kardashian/West family. Yeezy did a public discussion with architect Jacques Herzog as part of the show. Kim has been hanging with artist Marina Abramovic. 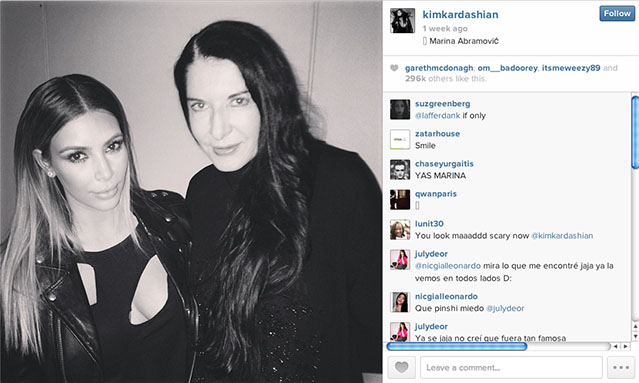 And Baby North has been getting lessons from artist Jeff Koons, according to a pic on Kim’s instagram:

I wonder which children’s art activities they will start with? Finger Painting? Macaroni necklaces? Or perhaps Koons will show North how to make a balloon animal, like his $58.4 million orange balloon dog, Balloon Dog (Orange).

Make sure you draw inside the lines … or don’t?