Shooting from the Hip: Online dating 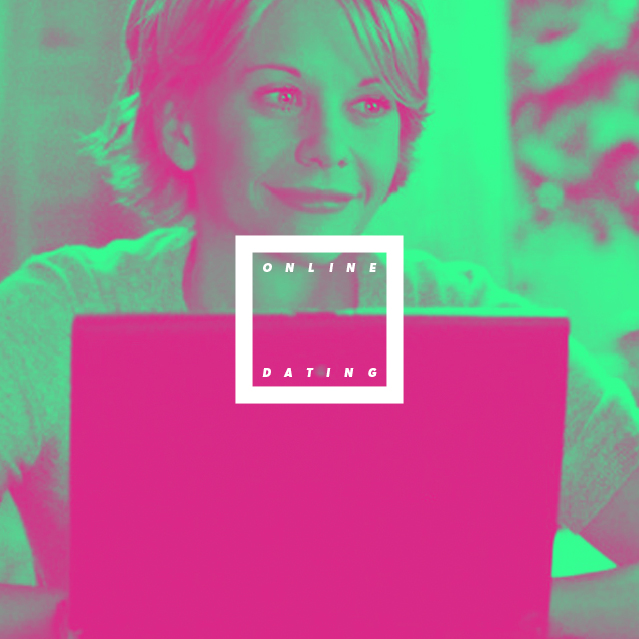 Hey guys, guess what? I joined a dating website. It’s not the first time I have done so over the years, but it is certainly the first time I have made it this public. I guess people keep it under wraps because it is a little embarrassing as it goes against everything that is socially acceptable when it comes to finding a mate, a partner in crime, a Clyde to your Bonnie. We’re supposed to act all nonchalant with a ‘Whatever happens, happens’ air about us. Meanwhile, back at the internet, we are… how shall I put it? Surveying our options.

I have been solidly single for about three years now and it comes down to two things: 1) I am literally yet to meet someone I really, really like and who really, really likes me back, and 2) I have no idea why I am still single. So, mainly, I have just not met anyone worth taking past the morning after. Sure there have been a few dalliances here and there – a girl ain’t going hungry if you know what I mean – but as the autumn leaves fall and I pull out the second blanket for my bed and start shopping for a new winter jacket (a leather biker… it’s a goodie), I am no longer ashamed to admit that I am a tiny bit lonely.

As I said at the start, I have entered the world of online love before. Once even without my knowledge or permission, when my mother took it upon herself to set up an account pretending to be me. All so she could show me a bunch of ‘lovely boys’ who ‘seem to have a good job’ the next time I popped round for a visit. I am preeeeetty sure that is illegal but I couldn’t even be bothered taking it further because there was so much comedy in the list of dudes she found for me that I had writing material for days. And, also, she means well, my dear old mum. So I have these accounts, and then I delete them pretty much a week later because it all just feels so clinical to me. It’s like going to the pound for a fucking puppy. But these guys aren’t puppies, no sirree. They are rampant hounds with a zest for bullshit and casual sex, which would be fine but isn’t that what bars and clubs are for? At least they buy you a vodka lime and soda while they lie to you. I thought internet dating was for ‘serious young professionals’ who just don’t have time to get out there to meet someone, or, like me, are trying to be more strategic about it?

Anyway! I have signed up and written that little profile thingy where you are supposed to make yourself sound approachable, non-desperate and alluring. I also had to make a little side joke about having red hair because I don’t want potential candidates to think I am a Katy Perry wannabe with the sole desire in life to have my selfies reblogged 23,827,309 times on Tumblr… or do I? No. I do not. My profile is pretty modest and simple, which in no way is meant to come across as unenthusiastic. I am merely just testing the waters.

So, dear readers, as I type this from a laundromat in Collingwood (srsly, why am I still single?), I feel that I may be opening a can of worms, but I have decided to document my experiences with the online dating world. At least then my membership there feels more like research than it does being a pathetic, 32-year-old spinster. Yes, single men are bachelors: they get pads with surround sound and leather sofas. Single women are spinsters and they get cats. I refuse to live up to the stereotype hence my can-do approach to meeting someone who doesn’t bore me to tears, or smash my house up with his skateboard.

This time will be different because I may actually interact with people and try to broaden my interests by talking to someone who may not actually be a rapist. I am going to keep you guys filled in about everything – warts and all. But maybe holding a little back so as to not piss off my mother – she has been through enough. Although, she probably deserves it after pretending to be me whilst chatting to someone online, who, in his profile photo, wore a shark’s tooth around a piece of leather around his neck as he sat on the back of his lime green ute.

We’ll see what this next week brings and I’ll report back, probably from the laundromat.

Keep up with The Obnoxious Owl’s weekly ‘Shooting From the Hip’ column here.