Shooting from the Hip: Send me a Nood 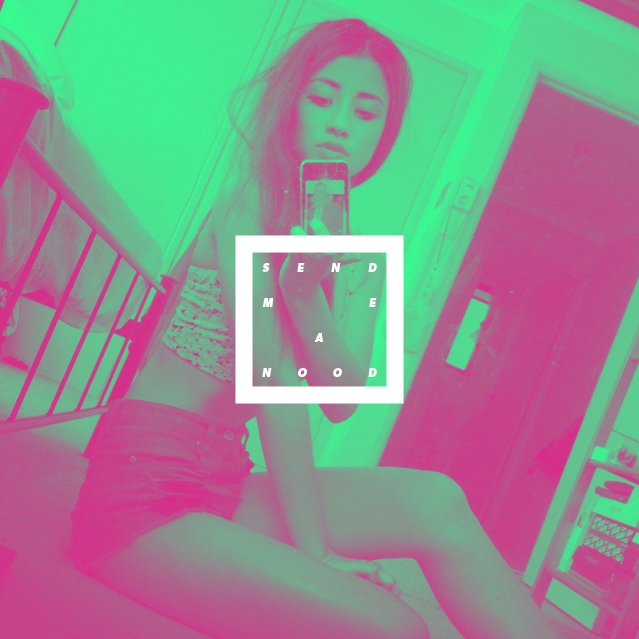 Sending pictures of ourselves to one another without our clothes on is just the world we live in these days. As technology advances, so do our perverted ways. There is not a single part of me that wishes I were still at school. Can you imagine what it must be like now with iPhones and Facebook and every other kind of ‘selfie’ enabler?

For those who aren’t down with the lingo, a ‘selfie’ is an affectionate term for when you take a photograph of yourself. The term takes the edge off a little, because – lets face it – taking 30 photographs of yourself in every conceivable angle, just to find one worthy of posting on a social network, is made marginally less narcissistic when you hashtag it #selfie. It takes away from the ridiculousness of it all when you give it such a trivial nickname, therefore making it semi-acceptable.

I have done both: I have taken selfies and I have sent nude photographs. One time I even went as far as dressing up as a schoolgirl for the lucky recipient. I am telling you about it much like how ex drug addicts tell you about their past addiction, because I am over it. I am also not ashamed of it. And if you happen to ever come across any, you will see why: they were spectacular. Me as a pigtailed nymphette aside, I thought I would ponder on the psychology behind the sending of nudes.

After thinking about it, I have come to the conclusion that we send naked pictures of ourselves because we can and because it is easy. Years ago when I was in high school I worked at a late-night pharmacy. If I were the kind of kid that were aware of the treasure trove behind the counter I would have had a much more interesting story to tell but alas, I was innocent to the tiny pills of fun that I had such insanely easy access to. All we would do on those late nights while the pharmacist did his crossword in his office was sell cough syrup to questionable patrons, steal fudge out of the fudge jar at the counter and look through people’s photographs that were waiting collection after development. Yes, it was a jack of all trades, that chemist.

I can hardly point the finger when I think back at being 19 and letting my boyfriend take some photographs of me… all in good taste of course. In those days (the nineties) there was no uploading them to a computer for later consumption, so I made him get them developed in a suburb about an hour’s drive away. I bet those bastards at Snappy Snaps made a second batch. I can’t walk past a branch now without cringing. I couldn’t be happier that photo development joints are closing down quicker than Blockbuster Videos. Still, there is no use crying over spilt negatives.

This brings me to the cameraphone phenomena. When we take a photograph of our nipples and privates and send it to another person, we are so caught in the moment that we stupidly assume they will remain between us and the receiver. Only after we have snapped out of our horny coma do we consider the repercussions of what we have just done. That forward button is equivalent to a million Snappy Snaps staffers. Not to mention the vast audience it can be exposed to once it leaves the river that is the mobile phone and enters the mad, thrashing ocean better known as the internet. Some of us got clever and left out head shots and telltale tattoos; those that weren’t so quick on the mark had to live with themselves. Oh hai Kim Kardashian!

Let me finish with this. Don’t be too harsh on those that have taken boobie shots and sent them to someone they thought to be deserving, for they know not what they do. The pointing of the finger and name-calling should go to the person who leaked it. Seriously… what assholes. But then I suppose one shouldn’t do the crime if one can’t do the time. I was lucky enough to share my sordid moments in time with trustworthy individuals…or was I? I may never know unless I become famous, and then who knows what could surface? We live in such a fast-paced environment now – instant even. Before fast food it took longer to get fat because you had to prepare everything from scratch. Reputations took longer to ruin because you still had time to change your mind before you handed in your film to be developed.

Keep up with The Obnoxious Owl’s weekly Shooting From the Hip column here.