Bound 2 happen – Kim and Kanye are expecting another baby

What do you do when your celebrity status allows you to make a huge amount of money for every little thing you do and you just found out you’re up the duff? Announce the good news via reality television! Yep, Kim Kardashian and Kanye West are now officially expecting their second child (preemptively named North By North West). The news was broken to the world at the end of the mid season finale of current affairs show Keeping Up With the Kardashians. 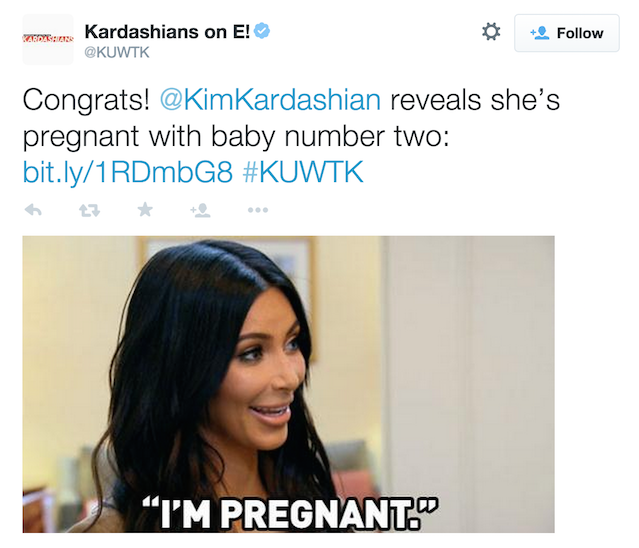 It’s no secret the socialite/creative genius duo were trying for another kid. A season 10 preview of Keeping up with the Kardashians gained notoriety on the internet when Kim announced in the brief clip that she and Yeezy were making efforts towards conception up to 500 times a day (that’s the most delicate way I can think to phrase that).