Death Grips have announced a world tour! Now, if you’re a Death Grips fan you probably know that the band/contemporary performance art trolls aren’t gong to do what you expect, (Oh you thought the tickets you bought for their gig meant you’d see them play music? Wrong my peoples, that was an art installation… Or something like that.) Always playing to the left of field, they’re known for doing wack shit like being punk enough to put dicks on the cover of the album they leaked to fuck with their label and then turning around and doing an adidas commercial. There are more levels to their punk artist id than a World of Warcraft expansion pack.

When news broke today that the duo were doing a world tour, it was evident Death Grips have given their fans trust issues. As a comment on their Facebook post says:

The skepticism isn’t unfounded. I mean, they’re not even a band anymore right? But, it seems that the show is legit as tickets are available for sale at least.

The “world tour” only has North American dates at current, but the Robert Pattinson collaborators say there are plans for an international itinerary, “more dates to be announced, including: Sacramento, Los Angeles, and various international locations.” You wouldn’t expect these international locations to be down under, but with Death Grips, maybe that means it’s more likely than ever.

Have a look at the North American dates below, and keep it locked to ACCLAIM for any insane tour developments. 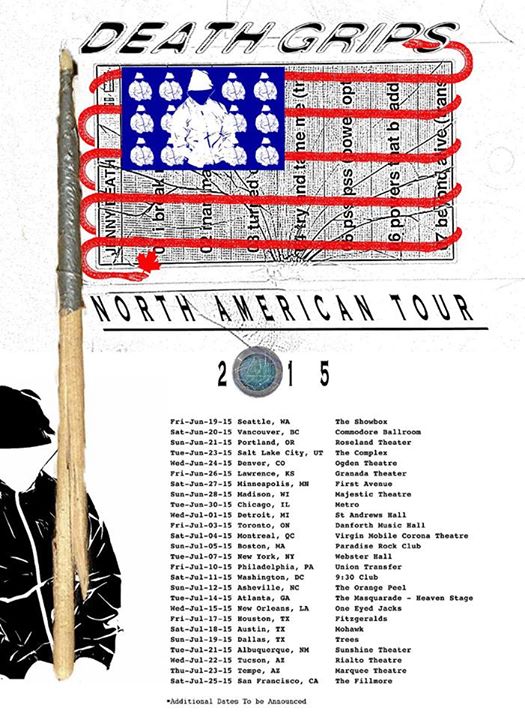