ACCLAIM MAGAZINE ISSUE 31: THE LOUD ISSUE IS ABOUT TO DROP!

(ALL CAPS BECAUSE WE ARE SHOUTING.)

Everyone is always saying that life begins at 30. Well, we hit that milestone with the last issue, and nothing was the same. We’re now another issue older and we have never felt so goddamn young.

We’re turning up for this issue with a party in conjunction with our pals at CAT Footwear. This will be the Australian launch for the CAT Colorado boot, meaning we’ll be stomping all night. We’ve called on Kirin to keep thirst low-key and enlisted the talents of The Underachievers (US), RYDAH (UK), Mat Cant and DEER to bring the noise.

OH, I DON’T THINK YOU HEARD US.

Expect a little bit of this:

The level of turn-up will be reminiscent of this:

There will be extremely limited capacity to this event. RSVP is absolutely essential, but will not guarantee entry. So get down early to avoid disappointment. 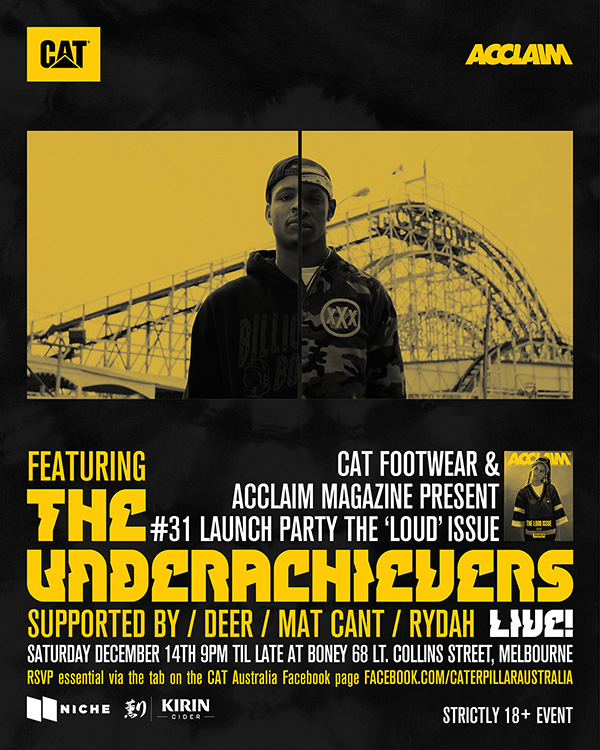