We are significantly hyped to be partnering with our buds at BBE, Future Classic and Niche Productions to bring Odesza back to Australia for their first headline tour. They have been touring the world in support of their new album In Return and will be heading south to kick it off in Auckland, and finishing up in ACCLAIM’s hometown of Melbourne to play Sugar Mountain festival.

Odesza finds producers Catacombkid and BeachesBeaches on a collaborative tip, having joined forces as Odesza in 2012 with their album Summer’s Gone. Get into the spirit of Throwback Tuesday (Is that a thing, or nah?) and give that one a listen if you haven’t already.

Presales for the shows are available from Odesza’s website. In Return is available now via Inertia.

Have a listen to In Return below:

We are really down for this tour. You should be too. 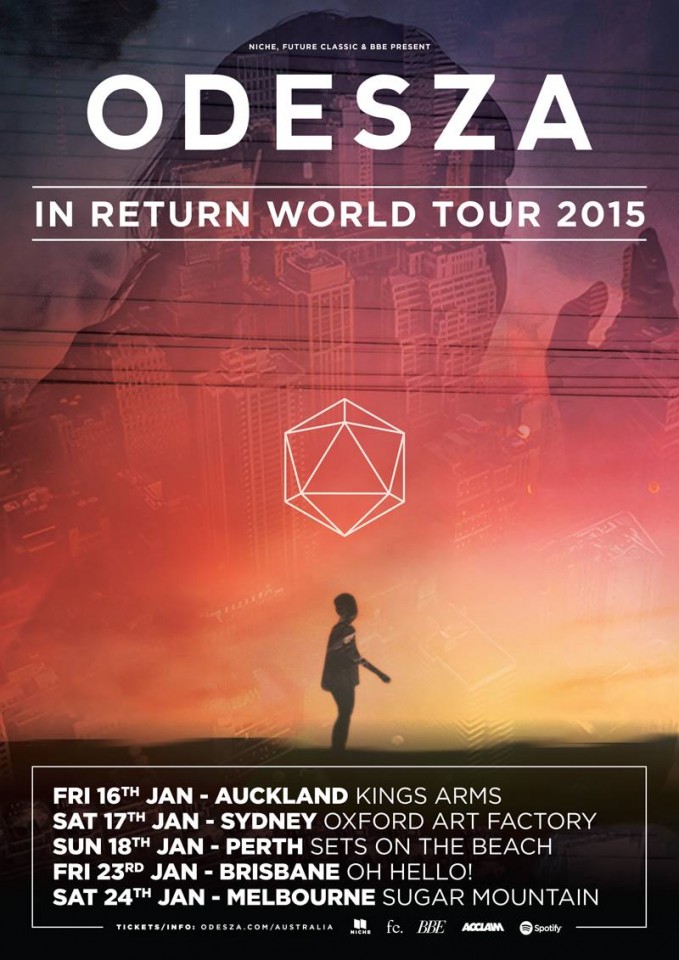