If you need a boost on your N.W.A. credentials, Red Bull has you covered – FOR FREE. The energy drink giant is bringing its Red Bull Music Academy club events to Australia starting with a foreign exchange straight out of Compton. DJ, producer and performer Arabian Prince, who got his start alongside Eazy-E and Dr. Dre as founding member of N.W.A., was an early experimentalist in the science of hip-hop and electronic music. Stone’s Throw recently released an anthology of his work.

Hear Arabian Prince and some of your favorite local DJs spin records at GOODGOD in Sydney Thursday 4 July or at Revolver in Melbourne Saturday 6 July FOR FREE. The only requirement is that you have to RSVP on the GOODGOD Facebook page for Sydney or the Revolver for Melbourne. Plus, Serato and AIAIAI headphones will be giving stuff away. It’s a no-lose situation, and you’re probably already looking for something to do. 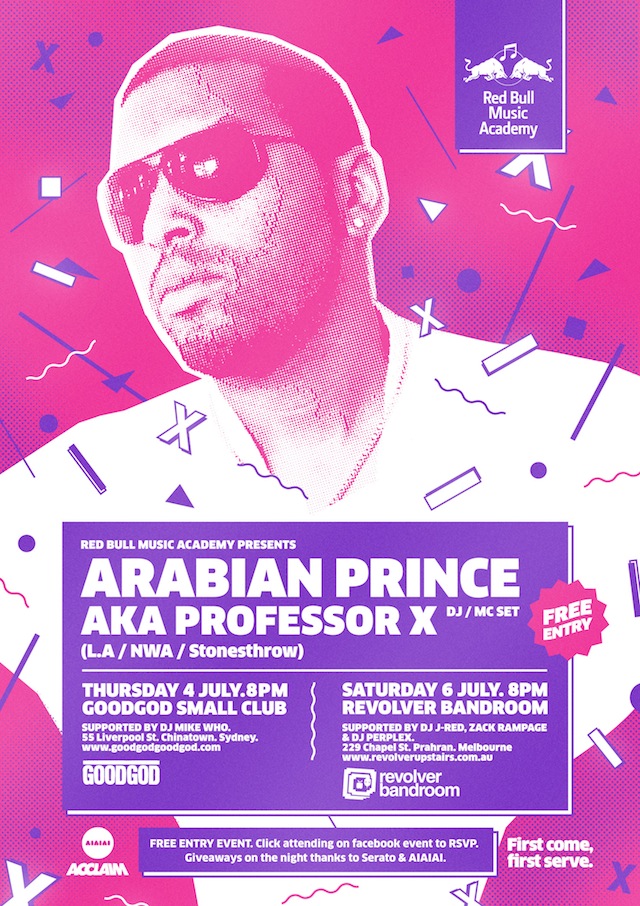