Flosstradamus are bringing their WLDBYZ TOUR to Australia

Pioneers of the trap game, Flosstradamus, have today announced that they will be heading back to Australia for a string of shows in the new year. Kicking off in Sydney on January 29, the duo will take their ‘WLDBYZ’ tour across Brisbane, Adelaide, Melbourne, and Perth.

Joining them on their five-stop tour run is none other than breakthrough artist Troy Boi, who only recently toured Australia for his very own series of headline shows. Having previously collaborated with one another, you can be sure that these two acts will bring the heat no matter the weather.

Tickets go on sale on tomorrow at 10am and are available directly from the Flosstradamus website. You can bet that these tickets will be highly sought after, so you best be quick on the jump. 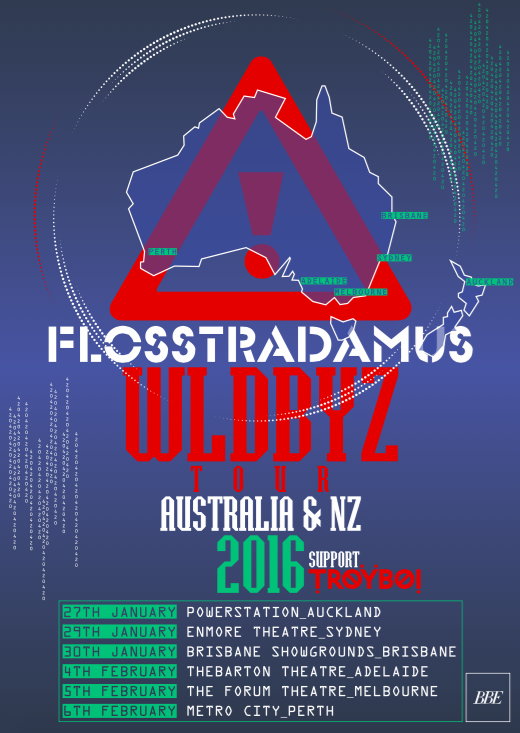