Following the release of his third studio album Cherry Bomb, Tyler, The Creator will be returning down under in September for the Australian leg of his Cherry Bomb world tour.

The announcement of Tyler’s last trip to Australia had parents councils and anti-violence groups so outraged they tried to stop his Visa from being granted. Still, Tyler managed to drop in and thrilled audiences around the country. This year’s tour looks set to repeat the aggressive magic of his last trip thanks to his reinvigorated sound and limitless energy. Check your city’s date and ticket purchase links after the break. 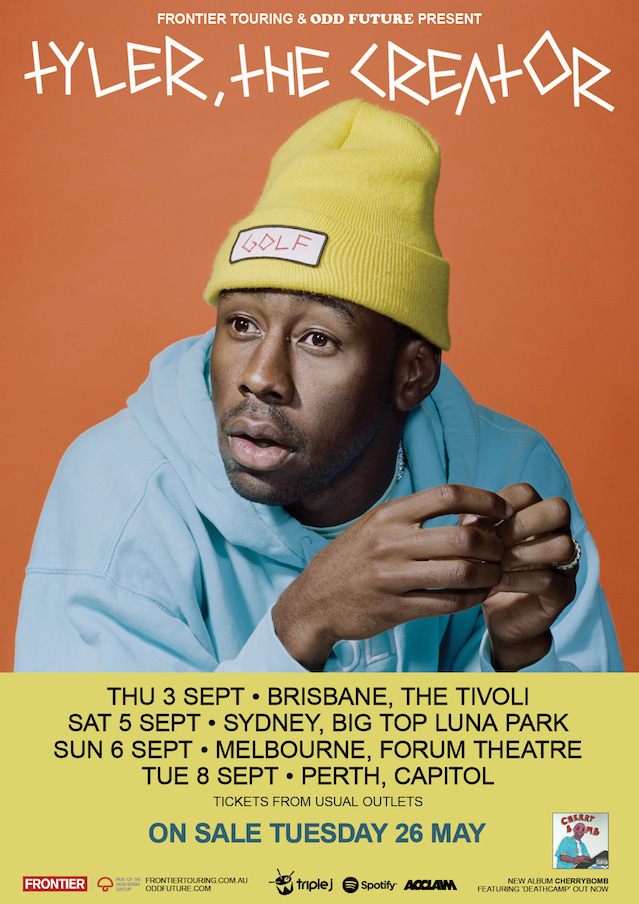