The official 2014 Future Music Festival lineup is here, and it’s looking like the unstoppable EDM rampage is making its move from the States to Australia. Masked musician Deadmau5 is set to bring his stage-show to a local audience, and Hardwell will be returning to Australian shores for the festival.

Elsewhere on the lineup, Macklemore & Ryan Lewis will cater for top 100 chart fans, and France’s Phoenix promise to bring some laid-back European vibes to our Summer.

On a personal note we’re pretty hyped for the opportunity to see 2 Chainz, particularly after the sting of his cancellation earlier this year. And return visits from both Baauer and  Kaytranada promise a lot of fun.

Mark your calendars for the 1st of March, and check out the full lineup below. 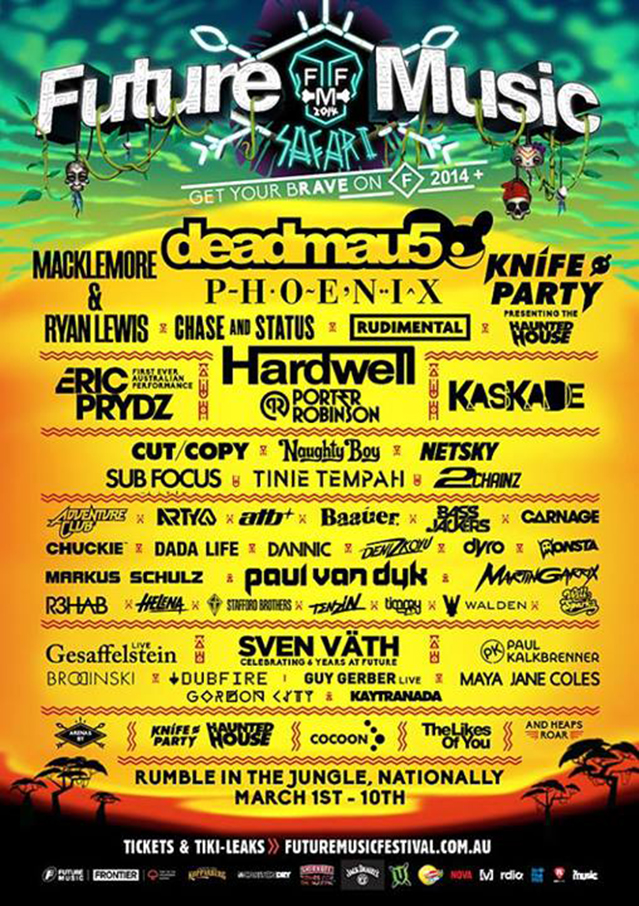