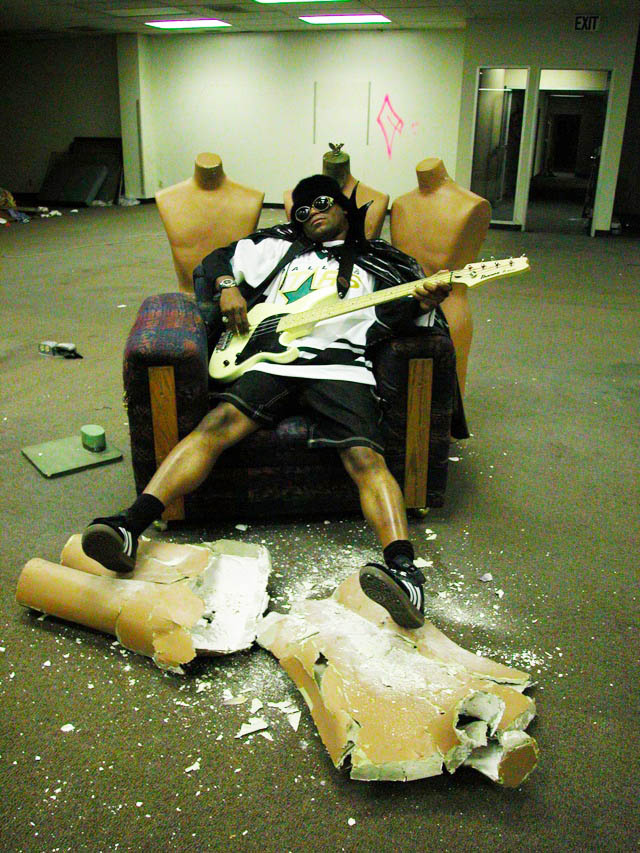 The idea of performing classic albums in their structured entirety was hugely popularised by concert promoters All Tomorrow’s Parties and their ‘Don’t Look Back’ series, with artists ranging from Sonic Youth to Devo and The Stooges performing the kind of albums record store owners always push on you or that top those boring Q top 50 lists. For a couple of years this proved to be a highly bankable concept, but with ATP confirming voluntary liquidation late last week it seems quite likely that this, along with the greater festival bubble, may burst soon. This live concept hasn’t seemed to infiltrate hip-hop quite as much though.  Off the top on my head only GZA’s ‘Liquid Swords’ and Public Enemy’s ‘It Takes a Nation of Millions…’ were performed routinely on the ATP circuit.

Saturday night saw Kool Keith’s filthier alter ego Dr Octagon take to the stage to perform 1996’s ‘Dr Octagonecogologyst’ at St Kilda’s Esplanade Front Bar. The album was relatively under-received upon release, but over time has picked up momentum and is now viewed as a cult classic within the genre. Being Keith’s third tour in recent years, I suspect much of tonight’s crowd were die hard fans or those who had perhaps missed previous tours, but there was plenty of Carlton Draught flowing and it was after all a Saturday night, so after the warm up DJ playing the obligitory ‘Ante Up’, the crowd was vibing.

What was interesting across tonight’s performance was the inclusion of the skits from the album, mostly receptionist conversations, that further brought to life the album as those familiar would usually hear it. Keith himself had very little interaction with the crowd personally but appeared to be more in character than aloof from the audience. Most of the crowd pleasing was done by his right hand man Dennis Deft, who’s duties (on top of the standard hype man vocals) consisted of handing out flutes of champagne and fruit from a bowl to the ladies (bizarrely while Keith had the crowd chanting “Eat strawberries off the teets, with the syrup”).