Heads up, all you bedroom DJs! How does a paid gig and free stuff from ACCLAIM magazine, Store DJ and Aiaiai sound to you? Not too freakin’ shabby, huh?

We’ve teamed up with Store DJ and The Operatives to give you the chance to win just that, but you gotta be quick!

– Aiaiai TMA-1 headphones and Capital headphones (valued $420) and their mixtape to be posted on the Aiaiai website
– A paid DJ gig at the Aiaiai & Workshop party, alongside established DJs
– $100 voucher at Store DJ
– One year subscription to ACCLAIM magazine and profile interview on ACCLAIMMAG.com
– Gig at the Espionage party alongside Rustie, Roska, Doc Daneeka, XXXY and Ghost Mutt.

To enter, simply submit your best 20-30 minute mix to aiaiai(at)orangegiantagency.com. The four winners will be chosen by the good folks at Aiaiai, Store DJ and The Operatives.

So if you’re an up-and-coming DJ, looking for that big break, this would be a pretty sweet start. Don’t sleep! Entries close November 23. 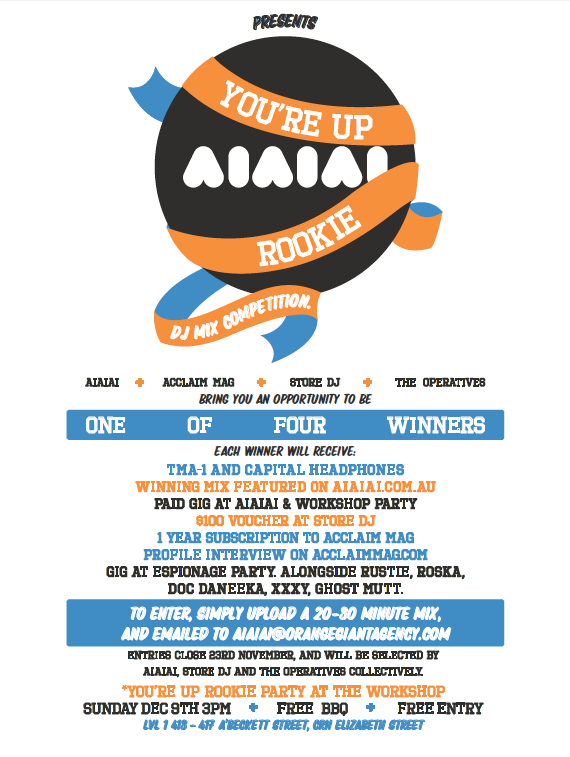