If you’ve been paying attention to ACCLAIM over the years, then you’ll know we’ve got mad love for Oisima. For the last three years, the Adelaide-based producer has been working on his debut LP Nicaragua Nights and last month he finally released it. The genre expanding work exceeds traditional beat-making loops by graduating to a full compositional piece. You could liken it to an orchestral work if the orchestra was all under 25 and wasn’t creatively constrained by rote-learning symphonies.

The tour isn’t to be missed, and to ensure that you don’t miss it, we’re giving away a double pass to every show on the roster. Keen? Then email your name, the city of the show you wish to attend, and your phone number to comp(at)acclaimmag.com* and brace yourself for the show of your life. 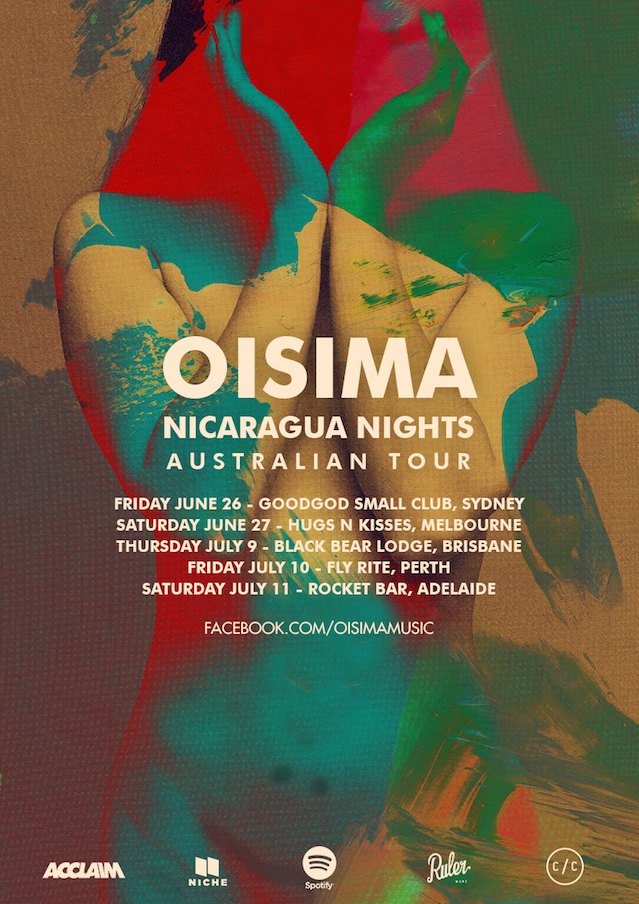 *Please note that by entering this competition you give permission for us to send you the ACCLAIM weekly e-newsletter. You may unsubscribe at any time. If you’re already signed up, nice one! Your address will not be duplicated.

Interview: Oisima on the challenges and joys of putting out a debut album
ACCLAIM premier: Oisima – ‘Take Your Time’
Listen: Oisima – ‘Everything About Her’ (Sweatson Klank remix)