Initials are generally disregarded as two letters of the alphabet, aimlessly thrown together in a hospital ward to brand a newborn. Regular folk use them as a lazy alternative to a signature and ballers get them gold embossed on their Louis Vuitton bags (because that’s luxury dog). Then there are the types who embrace the shit out of their initials and rep hard to flex the branding muscle on their creative endeavours. Turn the spotlight to Colby Zinser – a producer better known as C.Z.

In this climate obsessed with genre defining, C.Z. has been met with the usual suspects of trap, Jersey, EDM and the godforsaken “IDM”. C.Z. originates from Florida, and currently resides in Boston – the educational centre of America and the grounds for his initiation into the M|O|D collective. M|O|D is a clique of producers who are best likened to Saved by the Bell: The New Class. The Bayside brat pack includes C.Z., Arnold, Rewrote, Lil Texas and Yung Satan – 5 dudes who throw parties, release mixtapes, make beats and bro out online. The faces of M|O|D emerged from the womb with a fresh approach, but still maintain that feel good familiarity of the OGs. The original cast in this scenario being the Wedidit collective, who released a split EP earlier this year featuring both C.Z. and his M|O|D homie, Arnold. The release was accompanied by a video by Sus Boy that blew my mind in the most literal sense of the expression.

Like any relevant producer, C.Z. has played Boiler Room and has one of those alternate personality side projects called ICEBOI™. (BURR.) The C.Z. discography includes the Capital EP, Graceful, Tropics, Tings Vol. 1 and Bathtub, along with a stack of tracks through the M|O|D compilations. Just the other day he released a new track called $TACK$ (VIP) for free, because he’s down like that.

We called C.Z. into Principal Belding’s office for a talking to below:

<ACCLAIMmagazine> What’s your real name, not your cyber name?

<ACCLAIMmagazine> When did you first join the online community.

<ACCLAIMmagazine> Be honest, what was your first internet handle.

<ACCLAIMmagazine> How many hours a day do you spend online

<CZ> Depends on the day. Most likely four to five lol.

<ACCLAIMmagazine> To hashtag or not to hashtag?

<ACCLAIMmagazine> What do you think a selfie says about a person?

<ACCLAIMmagazine> Who is your biggest online influencer?

<ACCLAIMmagazine> What was the last thing you looked up on Wikipedia

<ACCLAIMmagazine> Where is your favourite place to shop online?

<ACCLAIMmagazine> How does your online identity compare to your IRL identity?

<CZ> Similar I guess. I feel like my online identity is a close look at my conscience. ICEBOI™ is me on the weekend, ya feel?

<ACCLAIMmagazine> How has the internet helped to develop your creative endeavours?

<CZ> It is the single greatest thing I have ever explored, tbh. It helped me discover all sorts of music as a kid and shaped the way I create. Without the internet I would not have been able to release my music at a young age

<ACCLAIMmagazine> How do you keep up with the constant evolution of online tastes and trends?

<CZ> By staying calculated and random.

<ACCLAIMmagazine> Can you show us a meme that best represents you? 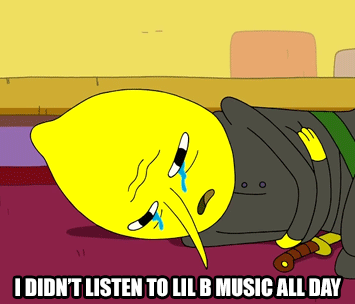 <ACCLAIMmagazine> Final words to the haters?

<CZ> Look in the mirror

Get to know your Net Neighbours and keep up with ICU here.

If you’re living lavvy in LA, then let me hear you say “THANK YOU BASED M|O|D” because C.Z. will be playing live alongside Lil Texas and Yung Satan on Friday 20th September at the last ever Camp Trill. If you’re DTF with the M|O|D crew in general, catch Arnold, Lil Texas and Yung Satan linking up with Team Supreme (Djemba Djemba, King Henry, Colta , Dot, Elos, Kenny Segal) on September 24th at The Echo.