Lana Del Ray has a new video for her track ‘Tropico’

What’s up with white girls in the music biz of late? It seems there are two camps emerging: they’re either boring as shit like Taylor Swift (I’m a poet) or Tumblr girl newbs trying to parody Taryn Manning’s character in Hustle and Flow. But with not very good hustle and next to no flow.

Remember Lana Del Ray? Well, she’s back. But this time around she’s packed up all her flower crowns and boho dresses and stashed them under the bed at her childhood home and gone #ratchet. Errrgh. Are we surprised? I guess we are dealing with a professional image changer here.

The trailer for her newest track ‘Tropico’ dropped recently and it seems she’s taking some cues from Latin culture. Or at least Latin culture as found on tumblr: face tats, aggressive boyfriends, guns, stripping, gangs. Etc etc. To be fair, Gwen Stefani did the Latin thing in that Luxurious song, but that seemed more like an homage. But I’m probably biased because Gwen Stefani is my queen (but while we’re on her, she did kinda rape Japanese culture within an inch of its life back in the day but I forgive her). At any rate, this video is no National Anthem! I don’t care if you’ve got that Albino model in there. Unless you’re making some interesting comment on race? You’re not? You just put him in there because he looks cool? Yeah. I thought as much.

Come on ladies, can we retire this ‘good girl gone bad’ deal. It’s getting boring. DO YOU. Lana Del Ray is made for that Lux Lisbon, girl next door, lens flare ahoy, 70s aesthetic. I guess no one really wants to be the girl next door though… But is this any better? 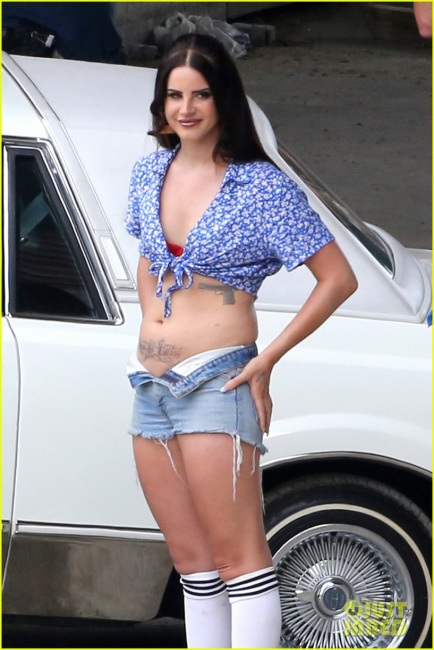 Watch the video above.