To refresh your memory from last year at the Super Bowl or even last week , M.I.A. flipped the bird and dropped the F bomb – shock horror! Though these are two things some – obviously despicable – human beings do every day, M.I.A.’s public violation was going to cost her $1.5 million in damages. 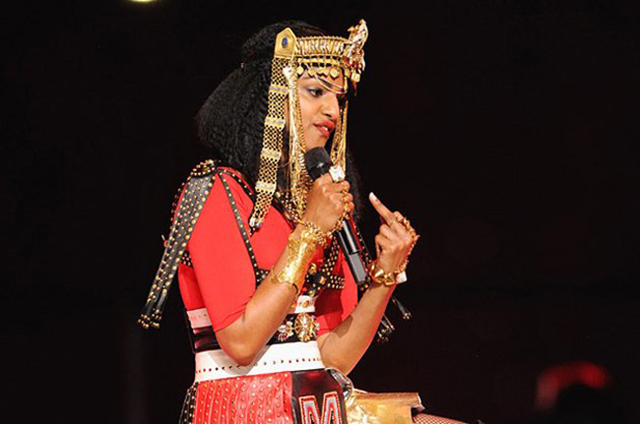 The case has been quietly unfolding since March last year. M.I.A. has finally released her statement. Watch above or read an excerpt here:

The NFL thing is completely ridiculous. It’s been making me laugh for a while, but now it’s so boring I don’t even laugh anymore… Like, is my finger offensive, or is the underage black girl with her legs wide open more offensive to the family audience? That’s basically what it comes down to. It’s a massive waste of time, a massive waste of money, it’s a massive display of powerful corporation dick-shaking. They want me on my knees and say sorry so they can slap me on my wrist.

Basically, so they can say it’s OK for me to promote being sexually exploited as a female than to display female empowerment through being punk rock. That is what it boils down to.

Take it or leave it.