Is this the new artwork and track list for Kanye West’s So Help Me God?

We just came across blog-shattering stuff on a Facebook page that might just be the new track list and packaging for Kanye West‘s upcoming album, So Help Me God (!). 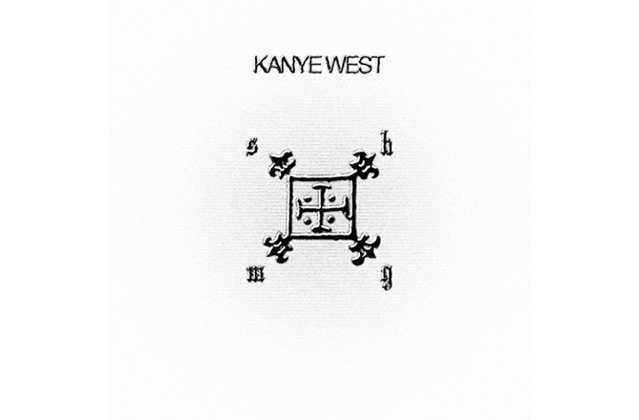 The artwork this Virgil Abloh page shared above is a another 13th century symbol for the Virgin Mary, much like the album art for the album’s single ‘All Day’. He also shared another picture that shows the album’s packaging and track list: 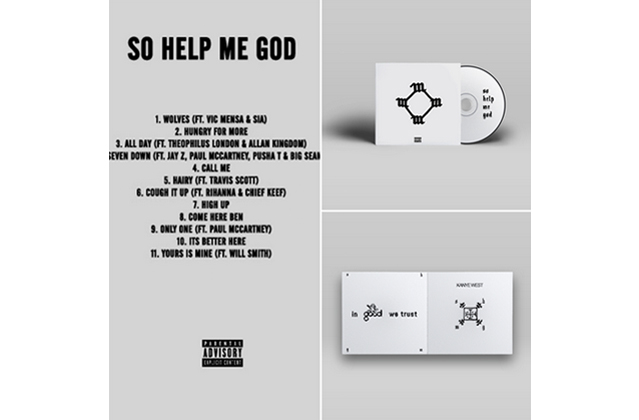 This could be some interrupt-your-regular-broadcast type breaking news, BUT, this could also be some April Fools gag that we’re playing into. I mean, Kanye ending the album with a Will Smith feature? It does seem like something Ye would d, and if the song is real, then it’s 100% a song about fatherhood that involves lots of claps and upbeat ‘Heyy-eyy-eyy’s, perhaps with Kanye’s sombre auto tune in the background. Today is a day that everyone in the media is on edge.

The first point to break under scrutiny is the track ‘Seven Down’ which, although between tracks three and four, is not numbered. Could it be that it’s a skit? An interlude? Maybe. But Abloh is a lauded designer who is more than capable of resizing an image and who would be mentally tortured by things like out of frame text.

Also, when Kim K posted the original symbol on her Instagram, she only mentioned that it was the album art for ‘All Day’, and not for the album, but that connection is shaky.

Rebutting the notion that this could be an April Fools stunt is that while it’s April Fools on our side of the world at the time of writing, it’s not April Fools in NY for another two hours. Abloh has been trusted to leak info to the world before as has Ibn Jasper so, unless he’s just jumping the gun, the image is likely a legitimate. Maybe it’s the beta version of the So Help Me God album and not the 1% conspiring against us.

Granted, the Abloh page is not certified but it’s leaked legit shit before so you never know. What do you think?