No Country for (Old) Rap Men: Don’t Believe the Hypebeasts 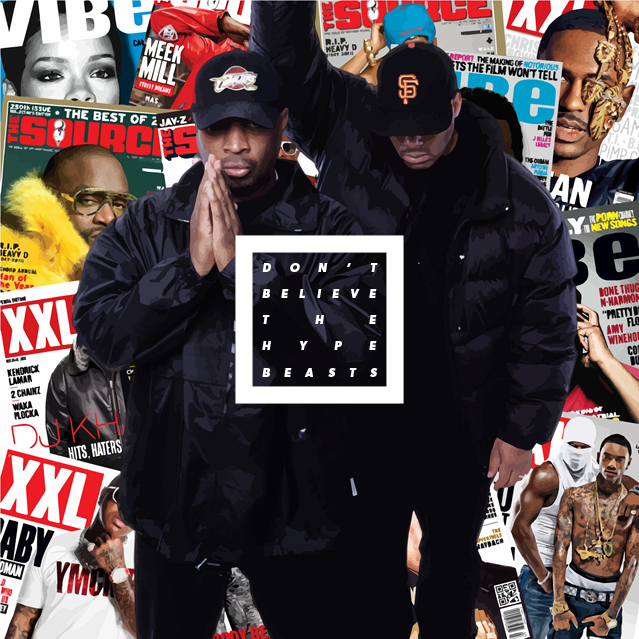 I’m not going to kid myself and pretend that rap music criticism was ever the pinnacle of journalistic integrity, since early rags such as Word Up! and Rap Masters were basically just a collection of Big Daddy Kane posters and crosswords about Heavy D, but things have gotten out of control to the point where celebrity culture worship has infected the ‘hip-hop’ media to such a degree that I can’t see any other cure than to set fire to its rotting corpse like this was the effin’ zombie apocalypse.

Some examples of current “breaking news” include Rihanna tweeting about whether or not she’s “dating” Chris Brown, pictures of Kanye’s leather skirt, descriptions of what Beyoncé bought Jay-Z for Illuminati Day Christmas and why Ice-T is mad at his hideous inflatable wife for taking photos in Las Vegas with random dudes wedging themselves in between her chesticles. Funnily enough, I could watch the E! Network daily show and see exactly the same stories.

Meanwhile, the Hipster Music Mafia that is Pitchfork and VICE seem to dedicate an inordinate amount of time to Rapsloitation features such as sending underage rappers like Chief Keef to gun ranges, instructional videos on how to sell drugs and an unhealthy obsession with Gucci Mane. “Edgy” huh? In between the TMZ rap coverage and rapsloitation lies the rest of the rap media, which is so hard on Kanye’s jock that even his weed carriers get headline coverage. Where did it all go wrong?

There was a time when The Source magazine actually ran features on issues bigger than who was dating Amber Rose and what kind of cereal flakes were discovered in Rick Ross’ beard. Political and social topics were addressed and debated along with album reviews and Q&As, reflecting that hip-hop was more than just music for a lot of people. It could be argued that as the public face of rap has morphed into a cross between WWE wrestling and Days of Our Lives soap opera, the hip-hop media is simply a reflection of that. But that would be a cop-out. There’s still a lot of hip-hop that addresses more than popping molly, but the race for pageviews has made less gimmicky rap a niche market.

Everyone who’s heard Roc Marciano’s new album appreciates its quality, but to the rap media and mainstream hip-hop radio he’s just another “minor league” artist who’s great at rapping but lacks a “complete story.” The program director at Hot 97 revealed on this week’s Combat Jack Show podcast that only records that “test well” are going to get major airtime in order to please the advertisers. But how can a Sean Price song score high in their market research if the market doesn’t have the chance to hear him in the first place? Talk about a vicious circle. Meanwhile most rap blogs only post music that every other blog posts, which largely counters the claims of old that music blogs were “the new A&R’s”.

Is there an easy fix to this problem? Not at all, but at least level-headed rap veterans such as Sadat X recognize the situation and have adapted themselves to this new climate. He offered his view of the “Rap Bubble” when I interviewed him this week: “Let’s just look at the last year. Inside the “Rap Bubble” you’ve got people ranging from Drake to Eminem to Jeezy. The Kanyes, the Jay-Zs. Every year they let two or three new people in. This year they mighta let A$AP Rocky and Chief Keef and Big Sean and Action Bronson. It seems like they were able to slip inside the Bubble. Only two or three new people get to wear that suit every year. Then you got a lot of people that gotta work beyond that Bubble. That’s when you gotta know your lane and how to work it. How to get out to Europe and keep your contacts going”. At the end of the day, the only way to stay immune to the bullshit is to work harder to find good music, support it when you do discover it and ensure that the hypebeasts of the hip-hop media are accountable for their actions to some degree.