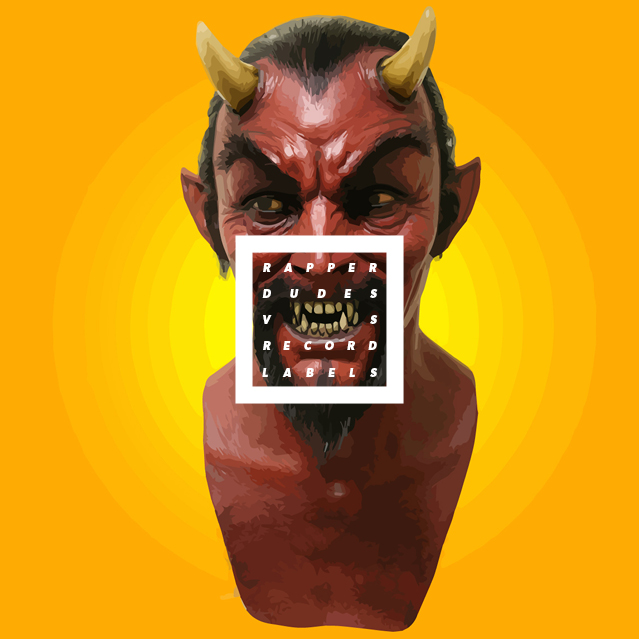 Record labels and musicians don’t usually get along. Just ask Prince when he changed his name to a symbol and wrote “SLAVE” on his cheek. The music industry is a business, and record labels didn’t get rich by handing out money to anyone with a catchy song. In the early days of rap records, most artists were happy just to have a record on the radio and be able to do shows, so they weren’t studying their contracts too closely. The standard situation would involve an advance and a budget for studio time and recording, and maybe a video if you were lucky. The problem was all of this was recoupable to the label, so even if you sold a lot of records you still wouldn’t see a cent from royalties, especially if you were lured into selling your publishing for a quick stack of cash. Spare a thought for the MCs who signed to a label and found themselves shelved for whatever reason, unable to release music elsewhere because of their contract and stuck in limbo for years, while the rap world moved on to other things.

By the time the ’90s rolled around, rappers began to air some of these grievances on record, with Del The Funkee Homosapien comparing Elektra Records to slave masters on Del’s Nightmare, The GZA naming names on Labels, Diamond D warning “You don’t want to make a pitch that’s wild” on his Low End Theory cameo and RA The Rugged Man declaring that “Every Record Label Sucks A Dick”. (Ain’t no mystery why that one never came out). The ’00s didn’t fare much better, as the Clipse fired multiple verbals shots at Jive after being unable to drop the follow-up to Lord Willin’ in a timely manner.

The thing is, record labels don’t hold all the cards like they once did. Sure, having major distribution will get you into chain stores and radio, but it’s not the be-all and end-all anymore. Kid Cudi spazzed-out last night with this emo outburst:

As Nah Right founder eskay pointed out, artists like Tech N9ne have done just fine on their own. He goes on to say: “We have this whole new school of artists that we refer to as “groundbreaking”, that came up on the internet and built these huge followings outside of the system, and as soon as a major comes knocking their independent spirit goes out the window.” It’s also worth noting that Cudders may want to reconsider the way he uses social media platforms, since he currently only follows one person on his account – the Dalai Lama, who hasn’t added anybody to a commercial rap radio playlist in a hot minute.

It’s a pretty clear choice. Sign with one of the few remaining Evil Empires for a good shot at fame and (possible) fortune, while realising that sometimes you’re going to have to make compromises (whether musically or otherwise) or figure out a better way to do it yourself, and have no one to answer to (except your fans, music critics and other rappers). That’s not to say that you can’t win on a big label – Kendrick Lamar was able to release the refreshingly original good kid, m.A.A.d city this year on Aftermath/Interscope with only one Dr. Dre feature (two if you count the bonus tracks), which is a positive sign for the future. Maybe it was Cudi’s plan to drop an album with his rock band that’s causing the problem. Remember how that worked out for Lil’ Wayne? Regardless, even small, independent labels are most likely going to rip you off at some point, especially now that they want part of your merchandise and show money.

You know what the number one record label on the planet is right now? YouTube. Plus they’ll actually pay you a few bucks if your shit gets enough views. Either jump into the shark tank (expecting to get bitten now and then), or figure out a better, smarter way to go. Or just continue to make emotional outburts and threats online, that always seems to end well.