No Country for Old (Rap) Men: The case against A&Rs 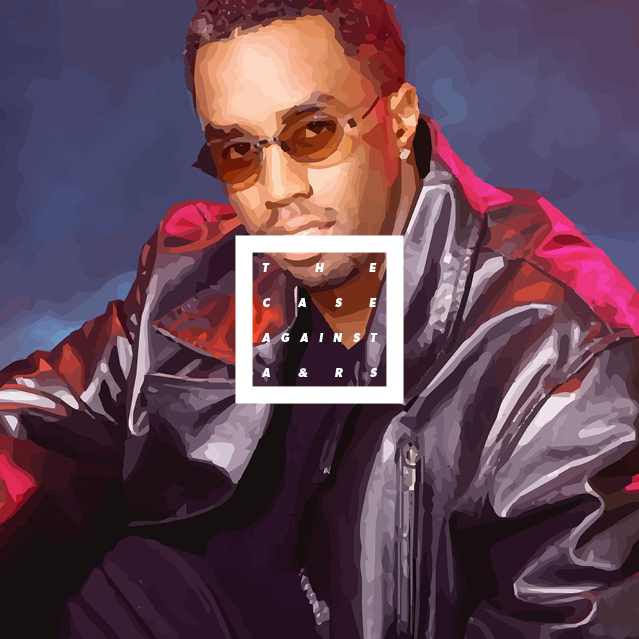 Over the past thirty-odd years of hip-hop long players, we’ve seen a number of horrible songs shoe-horned into otherwise great rap albums. Let’s take a look at some of the worst music trends that clueless industry suits attempted to force down our throats.

Seeing as though R&B was such a dominant force on black radio in the ’80s, record labels figured that if they included at least one Quiet Storm style love rap on every hip-hop album that they might have a chance to get played outside of traditional rap radio. With the exception of LL Cool J’s I Need Love, this never actually worked. Instead, rap fans were forced to waste valuable Walkman batteries fast-forwarding seven minute ‘smoove’ jams such as Stetsasonic’s Float On, Big Daddy Kane’s To Be Your Man and Black Rock and Ron’s True Feelings.

After the massive success of Run-D.M.C.’s Walk This Way and Beastie Boys’ Fight For Your Right, hare-brained music executives were convinced that shout-rapping over some electric guitars was a sure-fire way to get onto MTV and convince Middle America to rush out and buy more rap. This also failed miserably, although it did create the blueprint for a young white rapper by the name of Kid Rock to work from until he became a superstar over a decade after he first started releasing music.

Another ill-conceived belief was that adding some singing on the chorus of a rap song was automatically good money. As a result, incredible albums like Diamond D’s Stunts, Blunts and Hip-Hop have a song like Confused jammed into the mix for no apparent reason. Even the original hardcore Bronx bombers Ultramagnetic were tricked into making I Like Your Style on their second album. Did anybody actually think that Bel Biv Devoe fans would suddenly flock to record stores to pick up the first Brand Nubian tape because it had one New Jack Swing beat on there?

There was no escaping the hip house explosion that infected pretty much every rap release between 1989 and 1991. Once the Jungle Brothers blew-up with I’ll House You, everybody wanted a piece of the dance floor pie, whatever the hell that is. Everyone from Kool G Rap to Queen Latifah attempted to “heat up the clubs” with some uptempo hip house beats. Which was fine if you were actually at a club, but not so hot in your headphones on the train to school while sober as a judge.

Need that all-important radio hit in the mid ’90s? Then why not get Loon, Ma$e or Puffy to guest on a song where you all rap over a super-cliched disco loop and wear shiny suits! Apparently Jay-Z, Mic Geronimo and The LOX all thought this was the key to success at one time or another, resulting in such musical abortions as I Know What Girls Like, Nothin’ Move But The Money and If You Think I’m Jiggy.

As the rap markets became more and more regionalised, the rest of America stopped caring about what New York was doing and focused on their own local scenes. Major record label A&Rs figured out the solution to this problem was to get someone like Scarface from the Geto Boys to appear on the album. Actually getting Scarface on your album actually IS a great idea since he’s a legend… but when Mobb Deep and NORE started calling in the Hot Boys for features? Not so much.