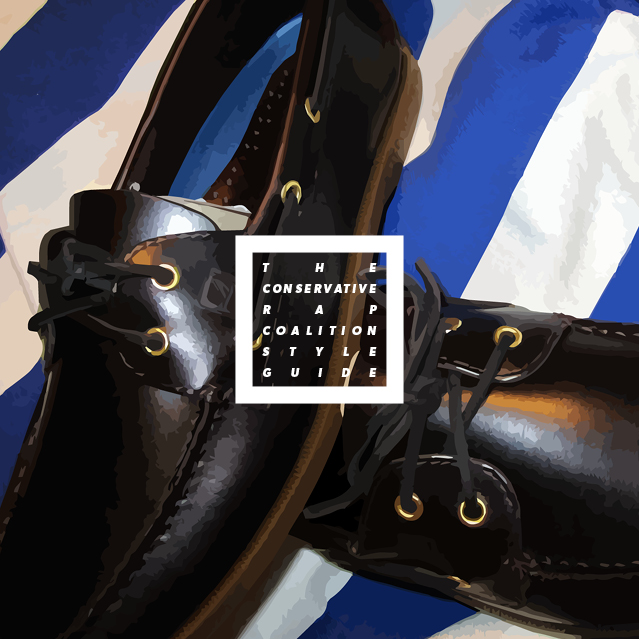 As a man of a certain age, I can no longer stand by and hold my tongue about the declining standards in both the dress sense and general manners of the general population. As the elected president of the Conservative Rap Coalition, it’s not only non-progressive standards in hip-hop music that I champion on a daily basis. I implore all rap fans over the age of 25 to reconsider some of your garment choices, else you end-up looking like Tim Westwood, who is without a doubt a rap radio legend on account of his fine work in the ’80s and ’90s but still insists on dressing like a teenager at the age of 55. These rules may not be appropriate for everyone, however. Just because I chose to attend the dedication ceremony to Mr. Magic at The Bronx Museum wearing a shirt, Rodd & Gunn sweater, boat shoes and a Burberry three quarter coat doesn’t mean that I expect everyone to dress like an eccentric accountant. When I ran into DJ Stretch Armstrong back-stage at the Mobb Deep reunion concert in 2011 I was reassured that there’s no shame in attending a rap show without Nikes, a fitted hat or some kind of hooded sweatshirt covered in pink ice-cream cones.

If you’re not on your way (or returning) from some kind of sporting activity, men over the age of 25 should really reconsider wearing shorts of any description. Sure, it might be the so hot outside that your face melts off as soon as you open the front door, but style comes at a price. Fans of The Sopranos may recall that Carmine once told Tony that “a Don doesn’t wear shorts,” after he was seen to be wearing them at a backyard BBQ, and he’s damn right. Personally I stopped wearing denim in my early 20s as well, but I understand that there are some die-hard jeans types out there so I won’t sweat that too much, beyond stating that unless you’re in a band or are a hippy, maybe it’s time to move on. As far as sneakers, this is certainly a controversial and highly sensitive area, as many of my close personal friends might be considered as Nike addicts. Personally, I have set aside such things as a matter of good taste from my own wardrobe, but it would be a bit much – even by my own ultra-conservative standards – to scold anyone for wanting to keep their feet looking fresh. Nevertheless, from this point on I shall only be seen in leather boat shoes on some Rap Simon Le Bon shit. But that’s just me.

Eating in public is another major faux pas for any aspiring distinguished gentleman. I’m not talking about sitting outside of your local burger spot, but rather these bums who wander down the street, stuffing their face with mystery meats wrapped in bread, or worse yet, shoveling down a box of noodles on the train and stinking the place up. Have some dignity, you humps! No doubt these same heathens are also the types who try to get onto the train before everybody has gotten off, which should be punishable by death via volcanic lava. And don’t get me started on people who sit on the ground in public…

Don’t get it twisted. Just because I’m a supporter of Hoody and Timbs Rap doesn’t mean I feel the need to dress like I’m on the back cover of Gangstarr’s Hard To Earn album. You’ll most likely find me sporting a suit on most occasions (without a tie of course, that would just be weird), because there’s no excuse not to be dapper at all times, come rain or shine. Many can’t seem to understand this decision, and have gone as far as to accuse me of being eccentric because I refuse to wear leather sweatpants in public, but a man without standards is no type of man at all. Premium Pete from The Combat Jack Show joked that I looked like “a hitman” when I last visited the show, but given the choice, I’d rather look like a contract killer than somebody’s creepy uncle who’s cruising for high school chicks by trying to “dress young”. I’m not about to campaign for decency laws to be re-introduced, insisting that all men over the age of 10 be forced to wear a sensible hat while outdoors. But once you hit the age of 30, it just might be time to cage your inner hypebeast and understand that you don’t have to dress “hip-hop” just because you own every Mobb Deep album ever made.