No Country For Old (Rap) Men: The Nostradamus of Rap 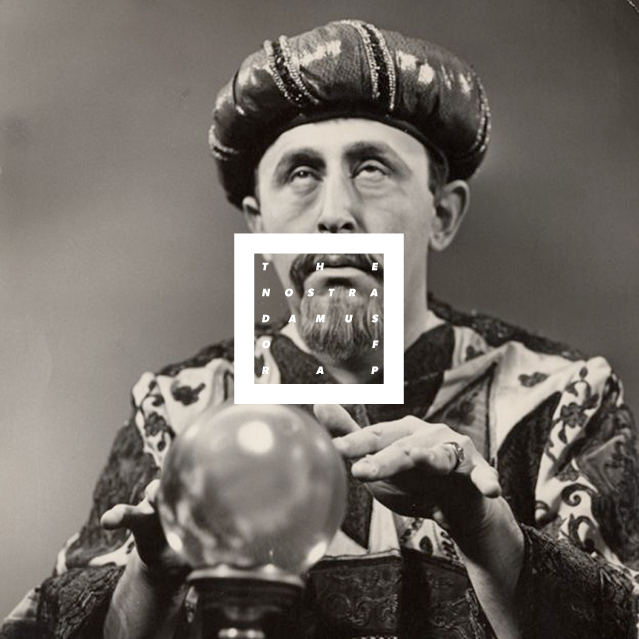 In a development that I predicted back in my first post here at Acclaim Towers, Mac Miller’s ‘legal eagles’ have wisely conceded defeat and settled the lawsuit with legendary Bronx rapper/producer/DJ Lord Finesse for an “undisclosed sum.” No one ever expected the Funkyman to be awarded $10 million, but in these kind of scenarios the base figure is more for impact. Even if the payout is the agreed amount is only around the 1% mark ($100,000), that’s still nothing to sneeze at. For all you Miller supporters out there, it looks like your boy was advised that he was headed up shit creek in a barb-wire canoe with a Twinkie for a paddle, and therefore was forced to finally do the right thing and compensate Lord Finesse as he had originally promised. See, that wasn’t so hard, was it?

Elsewhere, Queens rapper Meyhem Lauren responded to negative reviews of his last two projects from Pitchfork contributors (Respect The Fly Shit received 6/10 and Mandatory Brunch Meetings scored 5.2/10) by recording The Laurenovich Angle. This type of situation is nothing new, as rappers and the media have had an uneasy relationship since the early day of The Source and Hip Hop Connection. Is Pitchfork in the wrong for even bothering to cover music that they didn’t like for the sake of panning it, at the expense of writing about something else they think is great? Or is Meyhem being thin-skinned for taking an unflattering review to heart? Neither, if you ask me. If music writers only wrote about stuff they loved, album reviews would be even duller than most of them already are, and by the same token, Laurenovich is also well within his rights to clown a critic who misinterpreted his Kelly Kaposki track to be an ode to Tiffani Thiessen from Saved By The Bell, when in fact it was part of the long tradition of Coke Rap songs using the white girl metaphor. A rookie mistake, really.

In other Pitchfork-related news, it would appear that their little rapsploitation stunt where they made a video of Chief Keef at the shooting range has landed the young rapper back in the bing after a judge ruled that the footage was in direct violation of his parole terms, which hopefully serves as a wake-up call of sorts to the ‘ironic’ fun and games that the Hipster Music Mafia seem to thrive at when they attempt to ‘go on safari’ into the world of street-level rap with no regard for the actual impact it might have. The video had already been removed from the site, and sentencing has yet to take place, but things don’t look good for the kid who’s Finally  Rich.

Finally, my Wu Fatigue was momentarily reprieved when I found myself enjoying some of the tracks on The Chef’s horribly spelled Lost Jewlry EP, while also receiving news of a potentially awesome new Ghostface project, prompting me to re-examine my conflicted feelings on the topic and admit that I may have jumped the gun with my column the other week. I’m not admitting that I was wrong, mind you, but clearly the RZA read my column and instructed the Clan to step their game-up! There’s no other rational explanation, really. Thank me later. It could be argued that this post has turned into the blogging equivalent of one of those sit-com clip shows where the characters reminisce about previous episodes to save them from actually doing anything new, but shit happens when you party naked.