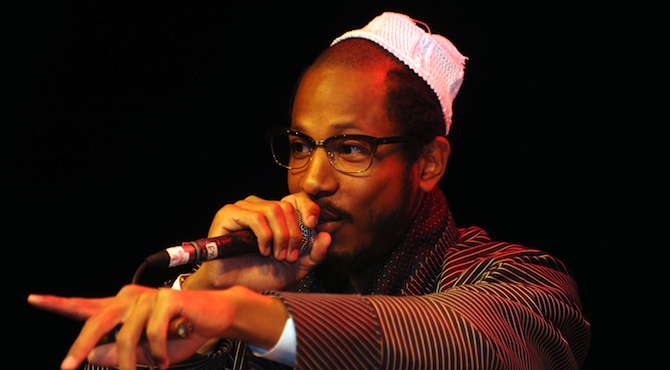 Kendrick Lamar has Rap Twitter going HAM this week with the release of his second album (and Aftermath/Interscoope debut), Good Kid, m.A.A.d City, with a lot of people branding it a ‘classic’ the day of its release and jumping out windows with excitement. For seasoned listeners such as myself, the fact that the mighty MC Eiht is on a song is possibly the most exciting aspect of this release, but I’ll reserve judgment until I’ve forced myself to listen to it a few more times (pro tip: this may not actually happen).

As is inevitably the case when this much hype is involved, the backlash is equally as ridiculous. Sulky dudes are declaring they won’t be listening to Kendrick because “everyone else is” (you realise you sound like a hipster, don’t you?), and of course it was only a matter of time until an attention-hungry, washed-up rapper that no one is checking for decides to start letting off shots. Leading the charge of ‘haters’ was none other than Shyne Po, the dude that served a bid to protect Puffy (and claims to have saved J-Lo’s life), before returning to the music game with a new mush-moufed cowardly lion flow that exactly zero people were fuxing with.

Which sparked the ire of Kendrick’s peers such as SchoolBoyQ and Nipsey Hustle, who responded:

If Shyne ever make it bac to the states…somebody tell cuz his west coast pass is revoked.

We all know @originalshyne AIN’T EATIN!!!!! NiggaH ain’t Had a Hot verse since 01

Did this trolling tactic work? Sure, Shyne managed to get on the Cipha Sounds and Rosenberg Hot 97 morning show today and a bunch of blog posts, but the credo ‘Any publicity is good publicity’ doesn’t really apply to the rap world. It makes him come off like a bitter old man, which is my job, cot damnit!

Shyne claims that he’s trying to ‘help’ Kendrick from getting drunk off his own Kool-Aid, but fails to realise that if you’re going to publicly criticise someone’s music, you need to be thick-skinned enough to face the rebuttal. Let’s take a look at this charming little Twitter exchange, for example:

Not exactly a level-headed discussion on the musical qualities of a big new record, is it? By tomorrow, everyone would have forgotten about this embarrassing incident and all but the most die-hard Shyne fans will continue to ignore him forever. This teaches us a few valuable lessons:

2. Shyne may be able to beat a lot of these youngsters in a fist fight, but considering he’s not even living in the US anymore, this isn’t exactly relevant.

3. If you’re a rapper who’s never made a classic album and have zero prospect of creating one in the future, don’t expect anybody to respect your opinion on new music. Once again, that’s the job for keyboard gangsters and bitch-ass bloggers such as myself. Stay in your lane!

Keep up with Robbie’s weekly No Country for Old (Rap) Men column here.