If you were a sucker and missed Sweater Beats on his last Australian club run, then go forth and do some Hail Marys because the boy is back in town for dates that extend between Australia, New Zealand and Asia. (Thanks to the guys at Leibowitz & Weinberg.) I’m going to call it right now and say that the Get Weird show in Perth with our homie DEER will be a highlight, coupled with the Melbourne event hosted by The Operatives and Utopia. Stay cozy Australasia.

My name is… Antonio.

By day I… make music.

By night I… play music.

My favourite TV show is… Rick and Morty.

The last movie I watched was… X-Men: Days of Future Past.

The first album I ever bought was… the Pokémon movie soundtrack.

If I wasn’t making music I would probably be… making websites or folding jeans.

The best thing about touring is… local food.

The worst thing is… airport food.

My perfect gig would involve… Being in a kitty cafe.

The first gig I went to was…Weezer/Blink182/Tenacious D when I was 13.

The most important thing on my rider is… Snacks and vitamin water.

My hangover cure is… Snacks and vitamin water.

My computer’s wallpaper is… A McBess Illustration. 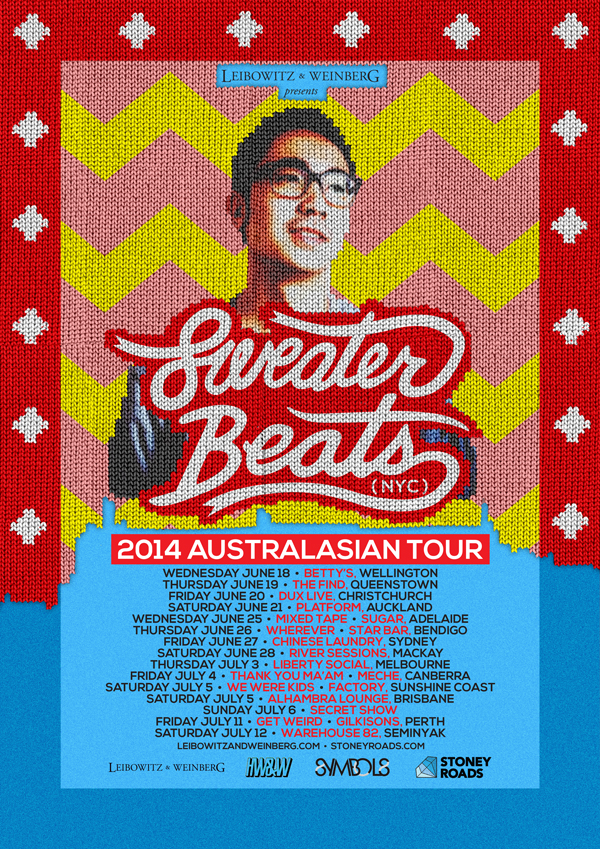