Possibly the only thing longer than Ghostface Killah‘s list of accolades is his list of aliases. (Ghostdini, Ironman, Tony Starks, Starks, Starky Love, Pretty Toney, P Tone and so on, for those playing at home.)

Not only does the Wu-Tang Clan spitter have critically-acclaimed material to his name (Fishscale, Supreme Clientele), he also has material that’s nailed it both commercially and critically (Wu-Tang’s Platinum-selling 36 Chambers). So, it goes without saying that we’re exceptionally happy to be partnering up with GFK’s national Australian tour.

Tickets on sales Monday October 13, from the usual outlets. 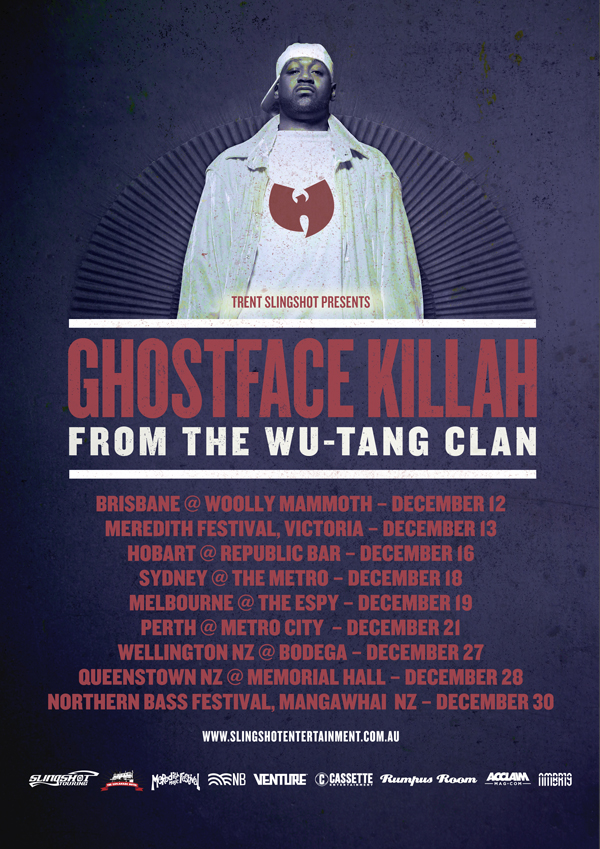