Takashi Murakami has tailored his renowned artistic prowess to everything from fashion collaborations with Louis Vuitton and Issey Miyake to music videos for Kanye West. Now he takes his signature blending of high and low art into film.

Jellyfish Eyes, is a live-action feature film that brings the artist’s trademark surreal aesthetics to life through some very impressive CGI and cinematography. The film, premiered by Vanity Fair, will embark on a tour of notable art galleries throughout the US, though sadly steering clear of traditional cinemas.

The visually stunning trailer is somewhat reminiscent of Pokémon, but on steroids in the future and way more impressive.

The film tells the story of Masahi, who befriends a floating jellyfish that turns out to be a F.R.I.E.N.D one of many such battle ready creatures. The ensuing action depicts aesthetically brilliant animations streaming though real life sets for some seamless cinematic artistry.

Murakami explains that much like his artwork, there is a deeper element to the cuteness of the film, with underlying tones of darkness and death as well as allusions to the Fukushima disaster prevalent throughout. 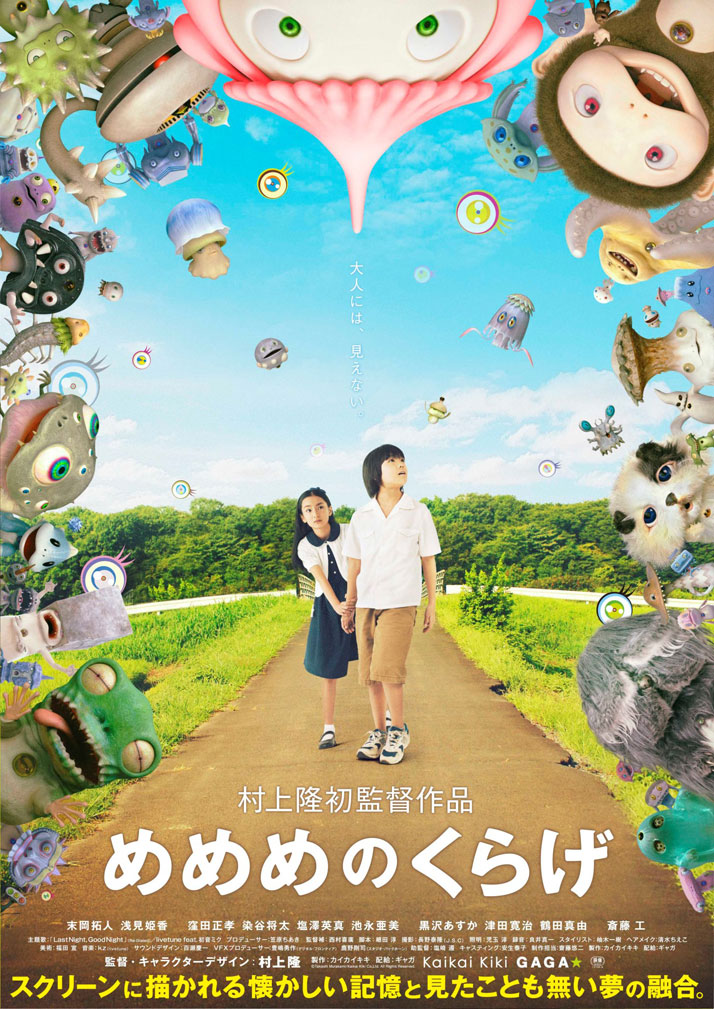