Sydney’s premier party people Halfway Crooks have reached their fifth birthday and to celebrate they’re doing one of those quintessential rap things and having a boat party. A Players’ Cruise, to be exact. Featuring tunes provided by DJs Levins, Elston and ACCLAIM’s own resident DJ Captain Franco (hopefully wearing some sort of sea-faring uniform). Tickets to the cruise will also be your pass into the land-lubbers after party at Phoenix. 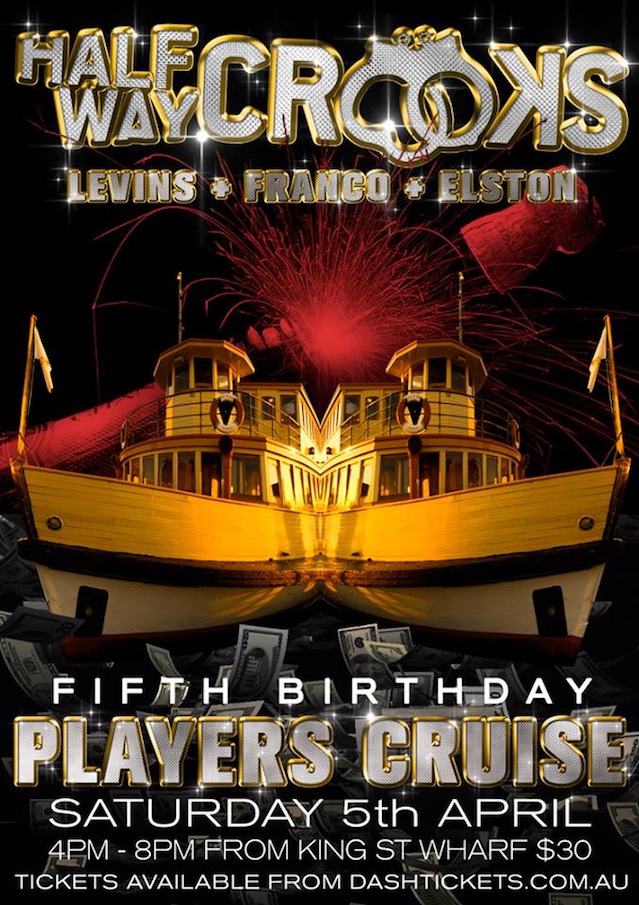