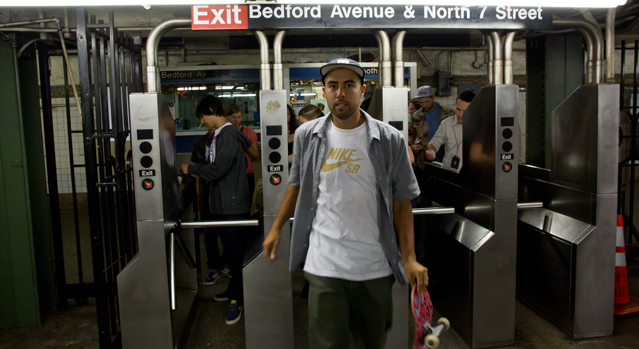 New York is largely considered a mecca for skateboarding since the sport broke out of Los Angeles during the early years and spread its influence to the rest of the United States. The city’s sprawling blocks are the perfect urban playground for skaters and during the golden era of street skateboarding New York was cemented into the history books through classic skate spots like the Brooklyn Banks and the World Trade Center.

During the celebrations of Nike SB’s ten year anniversary, Nike team riders Eric Koston and Sean Malto took us on a tour of New York City and showed us some of their favourite spots in the Big Apple. Nike SB’s ten year stretch has embedded the brand into the city’s skateboarding culture. With Sean still feeling his way around city, Koston took the reigns as the guide for the walking tour that ended with a demo from the SB team at the Manhattan Bridge skatepark. Here’s what he had to say about some of the city’s most iconic skate spots. 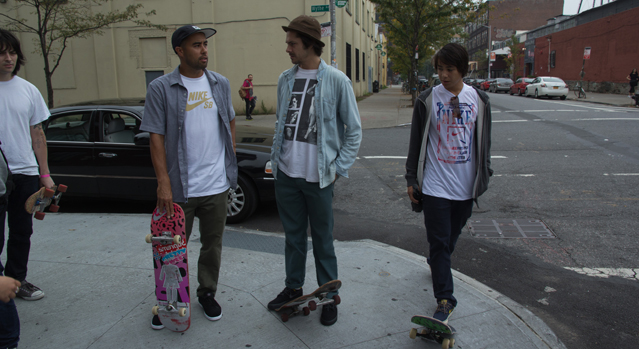 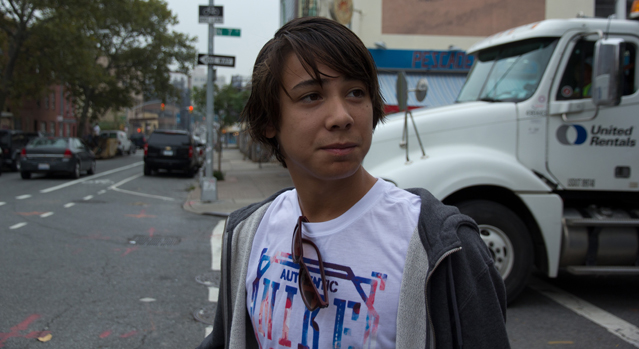 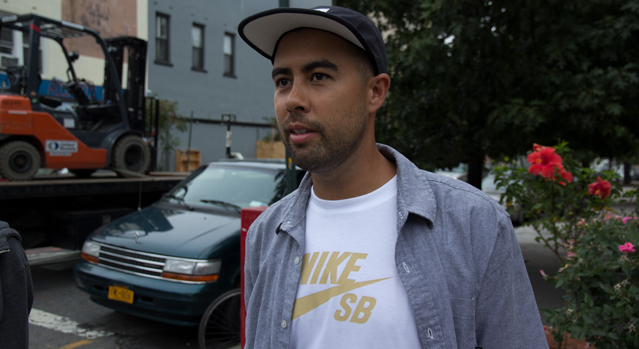 “I probably come to New York at least once a year,” Koston explains, while we navigate through the SoHo district, “aesthetically it looks cool, it’s really rough to skate here though because the ground’s terrible. So when things get done in New York, there’s a whole other appreciation to it because of how difficult it is to land a trick. The crustiness comes out. It’s small enough so you can push around too. I was here in June skating and by the end of the day I covered 100 blocks.” 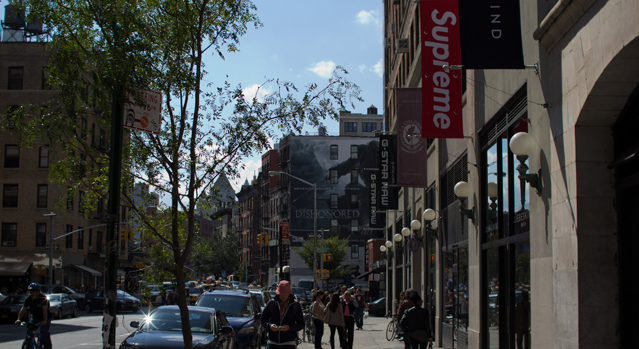 “This is the spot in NY and it opened up in 1994. When you grow up as a skater, you have a local skate shop. You hung out at it, you watched videos there, and you met up with all your friends there. You hung out enough that they’d hook you up with free shit. Everybody had their ambitions to become more famous. A lot of the people that hung out here, a lot of them became really successful, pro, and doing it their own way. Skateboarding is known for being a Southern California thing. It was little bit more about attention and coverage. East coast was always more underground and not too known about. A lot of guys from here, from that mid-90s era, they blew up. The scene became more recognized. It was a different style – their own style. You can tell a skater from the East Coast by the tricks he did and the clothes he wore, which is a lot of the time Supreme.

They still hook up all the kids that might not have money for boards and might not have money for stuff even though it’s a famous place now. People who don’t skate come here to buy Supreme shit as a souvenir of New York and because they’re fans of skateboarding. They still take care of all the kids in the neighbourhood. It’s high end skateboarding, but it’s still a good skate shop.” 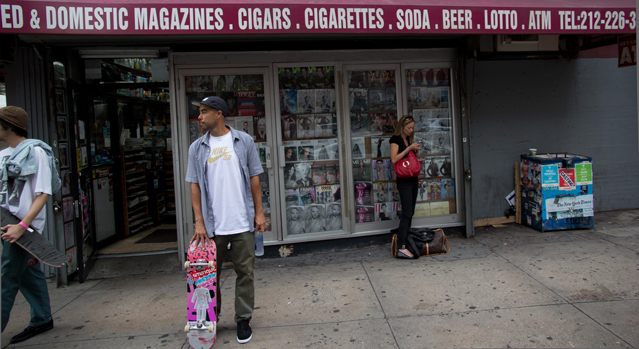 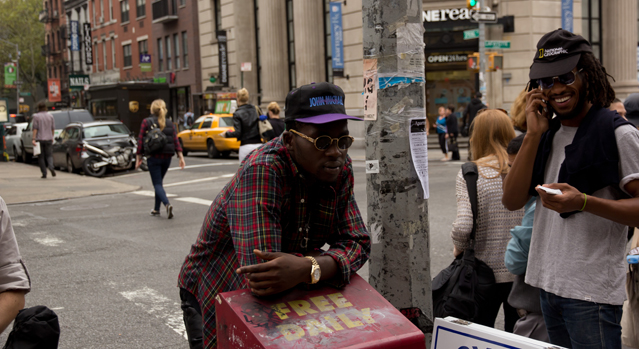 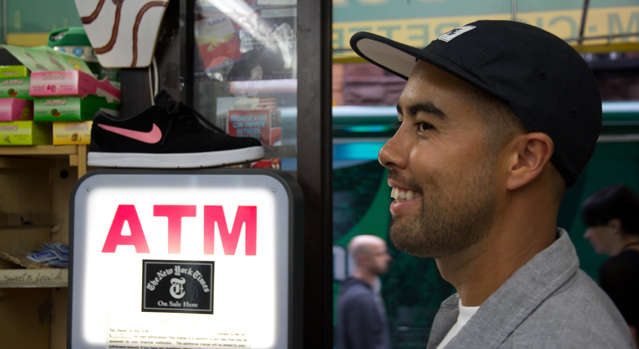 “This is the place to go to look at skate magazines. especially for skaters who are broke! You rarely do buy them, I buy them now, but back in the day you didn’t. And Supreme didn’t always have them. They’re not like a typical skate shop where there’s a stack of a magazines on the counter or the shelf. They keep themselves pretty clean. They’ve always been like that. They’ve always been a very boutique, streamlined uncluttered store. So you come up here and look at all the magazines, look at what was going on in the skateboarding world, and also everything else – the fashion, supermodels. Another good insight into Supreme is that there was a modeling agency right next to it. And so all these skaters always hang out there, there’s just models spilling out of it all day long.” 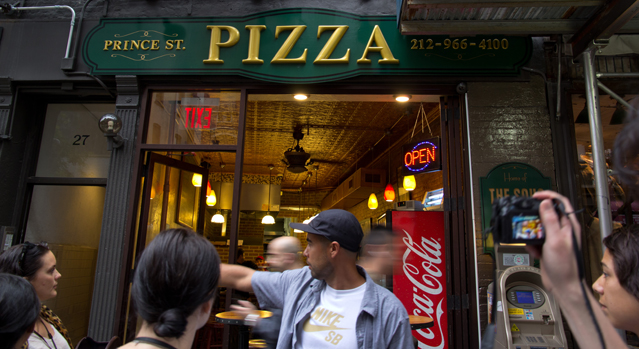 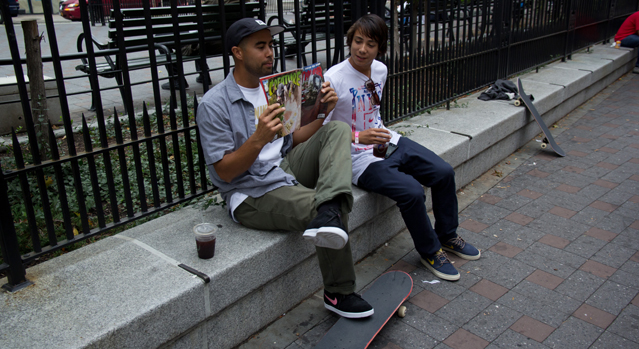 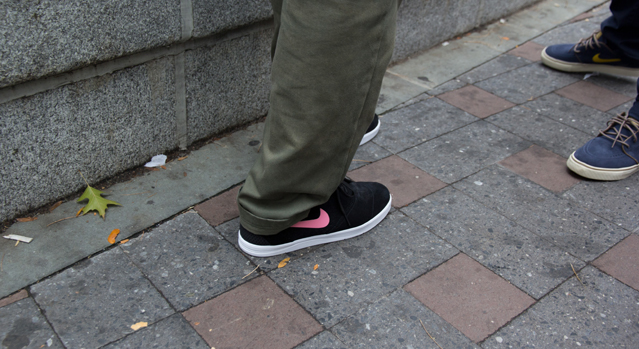 Malto: Manhattan is fun. Everyone ends up at Max Fish. That’s the bar all the skaters go to here – it’s where everyone goes. You can go there any day of the week and you’ll run into see someone you know. And the bar tenders are really cool too. Skateboarding has a really good community vibe, If you’re carrying a skateboard you can instantly connect with someone. 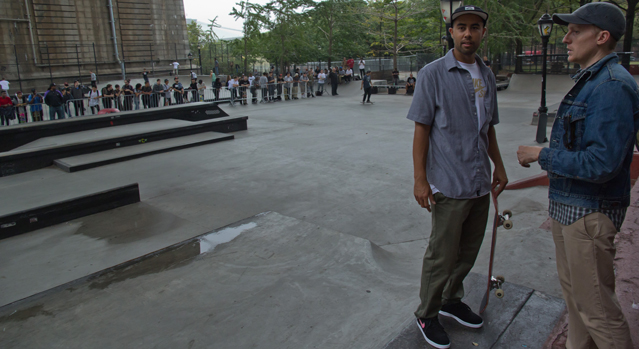 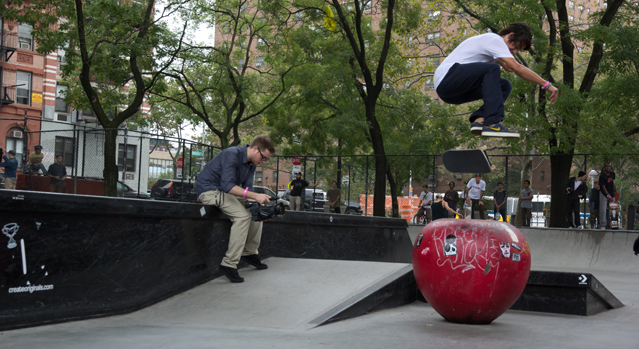 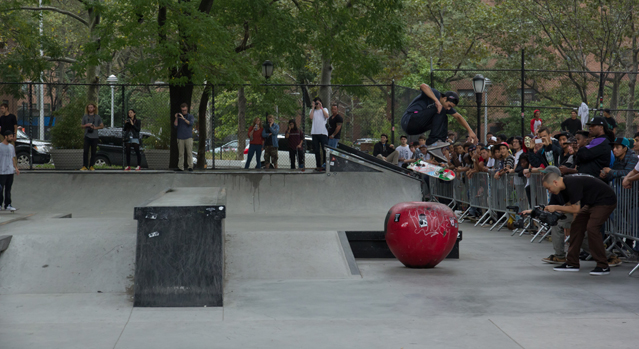 “This is a very iconic park in the Lower East Side. Luckily we didn’t blast the word out about our demo today, last time we did a demo here kids absolutely swamped us! It’s all rebuilt now after last year, but it was a pretty rough spot. Luckily with a grant from Nike, Architecture for Humanity, California Skate parks and the NYC Department of Parks and Recreation worked together to build this great park you see here.”