Shooting from the Hip: It’s not OK, Cupid 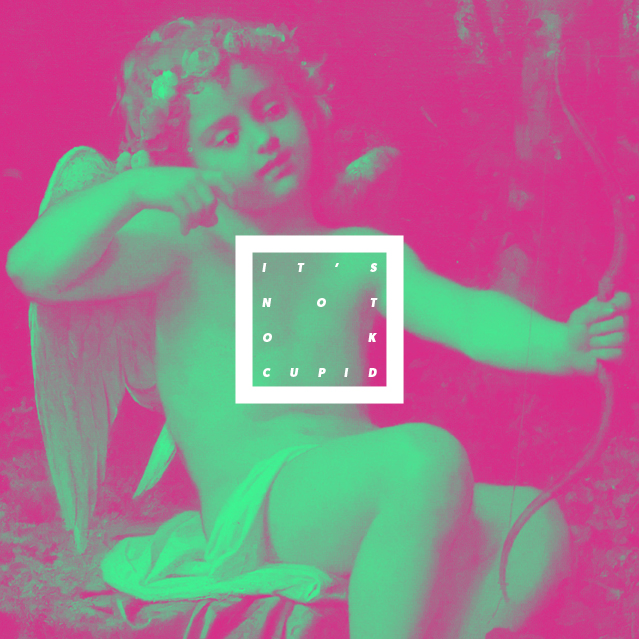 Ladies and gentlemen, after much deliberation (not much at all actually) I have decided to withdraw from online dating. I know I said I would give it my best shot and I gave it a month which, I think, ain’t bad. I am quitting the scene because I am having absolutely zero luck. Truth be told, I never actually paid for anything. I was merely a ‘presence’ on the site and hoped Prince Charming would come along and ‘wink’ at me so that I didn’t have to cop the $44.00 to actually contact him. You see, it is free to reply to a message but you have to cough up to initiate any kind of contact. You may think that my attempt was half-arsed in this instance, and you would be correct. Hey! I’m a writer. Do you know how much we get paid? Not much. That is why I just threw the net out and inspected whatever swam into it. I am the lazy fisherman.

All I found in my net were some old boots, a couple of jellyfish and a 35-year-old virgin. Needless to say, ‘twas not a lucky net. I have not completely ruled out that idea I was the problem though. I am not a very inconspicuous-looking person and I would imagine that my photos give the impression that I am some kind of wild child. I was also a little sarcastic in my profile thing-o that you have to write up, but I figured that I was going to be myself completely. I did this to see what I would attract, instead of tweaking the way I presented myself to appear like what we think guys want. After all, that is my approach in real life, why not the internet? But then, as the dark clouds of overthinking hover across my head, I began to wonder if the real me only attracts freaks? And the answer is yes.

Then there are some factors that are not completely my fault. One of those being my age. Internet dating is the absolute business if you are younger than 25 or older than 45. If you are in between these ages then you scientifically and absolutely do not stand a chance in Hell and I mean it. Why? Because early twenty-somethings are on there looking for someone to fuck and boy will they find it. They might not know that, that is what they are looking for but they will find out eventually. Also, the prospect of internet dating is not that much of a foreign concept to them because they were raised with the internet and often by the internet, so having an internet dating profile to them is like having a Tumblr or something. Then there are the over 45-ers, the divorcees, the lonely hearts, the companion hunters. All of their specifics have gone out of the window and their dealbreakers are flexible. They are at the stage where all they want is someone who will chat with them on them on their porch over a glass of Chardonnay and then possibly take the dogs for a walk on the beach afterwards. They aren’t necessarily looking for things like ambition or drive or dress sense. They are pretty much in the ‘whatever I can get that’s not crazy’ market. They just want an easy life, is what I’m saying.

Then there is me and people like me. I am 32, I am independent, I am on the above average side of attractive, I have most of my marbles and the ones that I don’t have make for interesting conversation. I have good friends, an active social life, sound taste in music and I have read many books in my life. And then I think to myself, if I exist, then many just like me must exist. Where are all the ‘young professionals’ (yuck @ that term) who semi have their shit together meeting and having sex? Not the internet, that is for sure.

So, just like my fashion choices and I am going to try this old-school. I predict that people like you and me will just meet someone eventually like through a friend, at a party or at the laundromat. I am going to live! I am going to make love! I am going to go with the flow! Failing that, I will try internet dating once more… on my 45th birthday.