Shooting from the Hip: You’re a virgin who can’t drive 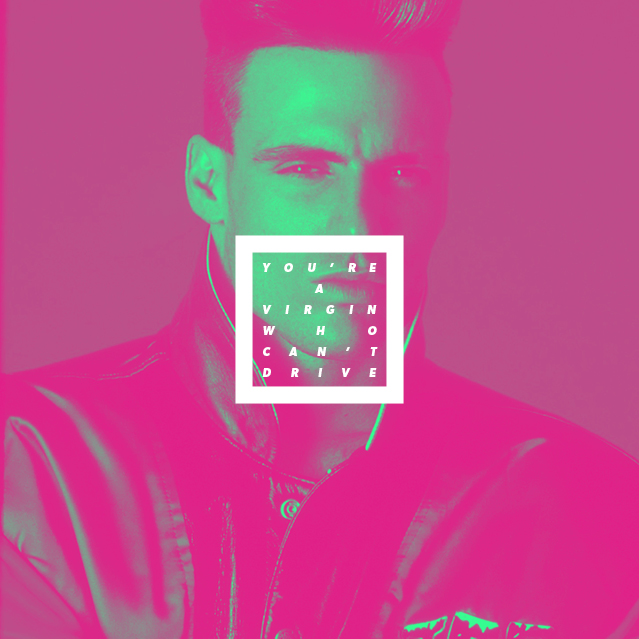 Today I caught up with someone via the internet dating scene. I am beginning to think it is a bit of a ‘scene’, you know. For one, I see that many dudes and dudettes have been on there for quite some time, which is not a good sign. It could mean one of two things. Or both. One being that they are still trawling through the sea of predators and the unlucky in loves in the quest to find a partner and/or two – they could be systematically going through everyone on there… exhausting their options, if you will. I accepted a coffee date with a guy who had been on the website for a good few months, six to be precise. I would think that six months is too much. Who would like to be considered a ‘regular’ on a dating website? Not I! So I said yes, and today I met him for a coffee at lunch in an attempt to keep things light and casual…

There is no easy way to say this, so I am just going to come out with it. I went for coffee with 35-year-old virgin. How do I know this? Because he told me. Yup, he just came right out and said it: “I am 35 years old and I have never had a girlfriend.” I took a sip of my coffee just for something to do and it was way too hot and I scalded my tongue. “So, umm, you may not have had a girlfriend but you have had, er, physical relations with a girl before though… yes?’ He poked his straw in the scoop of ice cream that was afloat his iced coffee and shook his head. Fuck. Okay, I know it seems like I am making this up just for content, and believe me when I say that I can hardly believe it myself. It is like the writing Gods are smiling upon me.

I have never met anyone over the age of 20 who has never had sex before. Ever. Have you? I mean, it is weird hey? Sure, I have met people who have actually chosen to be celibate, but never someone who has tried and tried and never succeeded. The inner 14-year-old in me was dying to quote Brittany Murphy in Clueless with, “You’re a virgin, who can’t drive,” when he told me he had struggled with public transport that morning, but I stopped myself. The poor guy has been through enough! Or not enough… depends how you want to look at it.

I could totally understand how he could still be a virgin because I pretty much wanted to run away about five minutes after meeting him. Like literally run. Not make mundane excuses about work or anything – I actually wanted to bolt out of the door. He was good looking enough and kind, and he paid for the coffees, which was only fair considering he had that whimsical iced coffee concoction and I sat with my single espresso. Anyway, my point is that he was just a normal, nice looking chap. Basically, there are uglier dudes who are getting laid on the regular, so what exactly is the problem here? I’ll tell you what…

Firstly, there was ordering an iced coffee and specifically asking for ice cream to go with it. And, also, he wore thongs. Yes, thongs. In Melbourne. On a 14-degree day. So we’ve got ice cream coffee, sandals in winter and when speaking about music he declared that MC Hammer and Vanilla Ice are his favourite rappers of all time. I looked under rocks and dug deep for irony, but I assure you, the virgin was being deadly serious. And while I’m at it, he was absolutely bewildered by the fact that I am white and that I come from Africa. I asked him if he had ever travelled and he said that he had never left home. As in, he had bought a house a street away from where he grew up. I thought these guys ended up having sex with the girl next door? These all sound like really superficial reasons for wanting the ground to swallow me whole, but you guys weren’t there. He conducted the entire ‘date’ like an interview. “So, have I asked you what you do for work? What do you like to do in your spare time? And hobbies?” You know, THOSE kind of questions. And here is the kicker: the subject of gay marriage came up and he said, in his little virgin voice, that gay folk should just accept what the majority of Australia want and the majority of Australia would prefer that they that they didn’t walk down the aisle.

So that, dear readers, is why our man finds himself, in his 36th year, on a dating website for more than six months without having the tiniest whiff of pussy: social retardation. Even if I experienced some kind of momentary retardation myself and decided to take his flower, I am almost certain that he would have started crying halfway, or kept his thongs on, or played Ice Ice Baby. Thank God I had to get back to work. As I started making leaving noises, he looked at me with a watery face that seriously needed to be punched and asked, “Do you ever want to see me again?” No, MC Hammer. No. I do not want to see you again.