25 to Life: Havoc Reflects on 25 Years of The Infamous

On the 25th Anniversary of Mobb Deep’s breakthrough ‘The Infamous’, Havoc reflects on the album’s creation process, its impact, and the Australian drum break he used to make one of hip-hop’s best-ever records.

New York was always, for good reason, considered the home of hip-hop. The birthplace, the Mecca, the centre of the rap universe. In the early ‘90s, however, the strength of street knowledge took over and, as NWA splintered into Eazy, Dre and Cube-driven projects, briefly shifted the axis west.

In the years between 1993 and 1995, debut projects from upstarts Nas, Jay-Z, Biggie Smalls and a nine-man crew from the slums of Shaolin forced the sun to set on the west once again, and rise like a cloud over the projects back east. While the future hall of famers all impressed with first-attempt classics, it was Mobb Deep who crafted the consummate New York sound on their second attempt.

After their 1993 debut Juvenile Hell failed to break through, Havoc & Prodigy dusted it off and tried again. Loud Records took a chance on two 18 year-olds from Queensbridge, and Mobb Deep used that lifeline to put their life time in between the paper’s lines. The result was The Infamous, and rap was never the same again.

On the 25th anniversary of Hav & P’s classic, Havoc speaks to Acclaim about making the most of their second chance, the ‘blind ignorance’ of youth, and why damn near every record ended up sampling the Mobb’s bars. 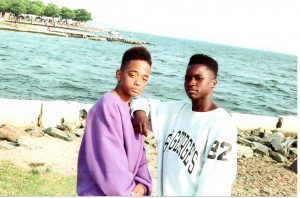 Do you think between Juvenile Hell and The Infamous, Mobb Deep got better, or do you just think that perhaps 1993 wasn’t the right time for what you were doing?
I think it was a combination, a few factors. I think the label wasn’t really prepared to deal with a group such as us. We were new on the scene, we were making street music, but I don’t think that we fully ‘got it’ when it came to production. So we let a few other people produce for us and things of that nature, and I don’t think that we really touched on the full scope of who we were at the time. It wasn’t a trash album or nothin like that, but the stars wasn’t lined up for us. A lot of things factor into that, like timing. If we had have put that on Loud Records, it probably would have been better.

When it was time to then record The Infamous, did you have that feeling like it was now or never?
Absolutely! Me and Prodigy definitely felt that pressure, like our backs was against the wall. Me being humble, I felt lucky to get another record deal. The confidence level wasn’t exactly through the roof at that point [laughs]. But at the same time, we knew that we couldn’t mess this up. So we just poured our hearts out into the process.

Did that pressure make it harder to focus, or did it help you to focus?
I think it helped me focus more than it pressured me. It basically was like a tool. If we would have let the pressure get to us, I think we would have fumbled the ball. When you’re that young, like 18, 19, you kinda got this fearless mentality like ‘ok I know we gotta do this, we can’t mess this up’, so we just went like a shot in the dark.

I interviewed Nipsey Hussle and he said his business ventures eased the pressure on him to create in the studio. He had his money taken care of outside of music and could then just focus on art with no pressure. It’s interesting to hear you say the pressure helped create art. I think maybe the difference is that he was in his 30s at that point, whereas you guys were 18 and had that fearless mentality.
Exactly. It was like a blind ignorance that assisted us. We didn’t have all the insecurities on us, like ‘we can’t do this, we can’t do that’. We wasn’t jaded. If you’re already five albums deep in a career and all of a sudden the radio station stops playing your records, that’s hard to come back from. We’d barely got our feet wet though. We knew there was a possibility we could fail but we knew the possibility of success was even greater, so that helped us.

Being a little older now, I find that when I ask people about the ‘good old days’ – their favourite period of time that they reflect back on – a lot of people’s say their favourite period was the time that came just before success; the grind, the determination. Do you feel that’s the case for yourself?
I look back on it, and I wanna glorify it like ‘yes, the journey was great’, but let me tell you something, I didn’t like it too much [laughs]. Having to get on the train, no money … it was cool, it makes me appreciate things more but reaching the plateau of ‘oh we just went gold, we did what we set out to achieve’ that felt better than the journey. Believe me, the journey was hard. But I know that you have to go through that. I’m not gonna big up the hard times, the only thing I can say about the hard times is that it made us who we were and it pushed us. So I have to respect it but I’m not gonna say ‘I would do that again’. I wouldn’t wish that on nobody! [laughs].

So talking about that, I’ve read that you started working on the album in Hempstead but you then moved back to Queensbridge. So at that point, were there songs that you’d done that made the album, or did most of it come after the move back to QB?
I would say 95% of what ended up on the album came out of QB. We started in Hempstead with the regular ‘Shook Ones’, before there was a Part 2, but we was on the right path. And somewhere in between that, we was like, ‘let’s go to Queensbridge so we can really get that vibe.’ We had the crew around, it all added to the recipe. We figured, ‘let’s go into the trenches, let’s go into the war zone.’ When we went out there, it gave us that extra edge. In Hempstead, it was a dope neighbourhood, middle class, I mean there’s a couple of hoods out there but nothing close to Queensbridge. So the vibe naturally was definitely different and it definitely contributed to what was coming out of us creatively. 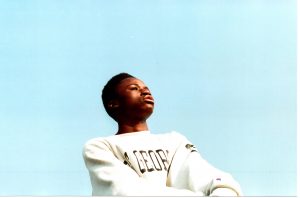 Back in the days, I was always aware of the way The Infamous shaped hip-hop for the next, like, five or six years. Anytime anyone had a scratch hook or a little vocal sample on their hook, it was always something that you or P said on The Infamous.
I wasn’t surprised, because Prodigy and myself, we said some pretty dope lines you know what I’m sayin, like quotables. I’m not even trynna toot my own horn. Even today I’m like, let me go back and let me listen, I might find something for a hook. But it was really humbling, it made us feel proud, even Jay-Z sampled us for a hook.

I’m calling you from Australia so I’ve gotta mention the drums you used in ‘Shook Ones Part II’, it was the Daly Wilson Big Band, a track called ‘Dirty Feet’. That’s an Australian jazz band.
Oh wow.

Do you remember the story of how you came across that record?
Absolutely. I remember like it was yesterday. Coming into the game, working on The Infamous album, I was a brand new producer, didn’t know much about producing, and I was only working with the records I had in hand; some of Prodigy’s grandfather’s old records, some of my father’s old records. When we got to Loud, we knew [Loud A&Rs] Matty C and Schott Free, and they was really privy to production. They were like ‘you need to go shopping for vinyls, go get songs to sample.’

We used to go to these record conventions they used to have in Manhattan where every producer would go; Large Professor, Q-Tip, Pete Rock, Diamond D, you name it. I ended up going to one of those record conventions and I met this guy, two of them, they were selling vinyls. They were selling breakbeats on vinyl that they had put together called Vinyl Dog. You could listen to it while you were there and, those drums! They played those drums for me, they immediately jumped out. I was like ‘oh man I’m taking this shit’ [laughs], so I took it home.

That record, it didn’t even have who it was by [on the vinyl sleeve], I guess they was finding the breakbeats and looping them, and then pressing the vinyl themselves. So I took it home, sampled it, as far as I knew the sample was called Vinyl Dogs [laughs], cos that’s what I sampled it off.

So you’ve gone this whole time not knowing it was from an Australian band?
It’s ironic that I’m even doing an interview with somebody from Australia and they’re telling me now. I’m like, that’s ill.

Check out the 25th Anniversary edition of ‘The Infamous’ here.