Four Trends We Wouldn’t Have Without The Notorious B.I.G.

If it weren’t for the birth of The Notorious B.I.G., we wouldn’t have many of the great ’90s hip-hop trends we’re still rocking today. Biggie brought luxury to hip-hop with his brand-name drops and lavish Hype Williams–directed video clips. Biggie is the one who taught us how to come from the slums and live life like a player.

Who else was drinking Cristal on chartered yatchs before B.I.G.? Definitely not Jay-Z. Who knows if the #menswear wave would have ever hit the hip-hop scene if Biggie had never rocked a Versace shirt, which happened long before Kanye even learned how to pronounce it.

These days rappers are murdering the Versace shirt while cool guys on the street rock them tastefully. And we’re even starting to see Coogi sweaters pop back up again. So, in honor of the Notorious B.I.G.’s birthday, we’re reflecting on trends we wouldn’t have had if he had never walked the Earth. #Amen

Nothing says player or pimp like a gleaming pair of Medusas shining at your temples. Big Sean has brought these back hardcore over the past few years, saying they’re all he’ll ever wear to duck from the sun.

One More Chance (Remix): “I don’t know what the hell is stopping ya / I’m clocking ya, Versace shades watching ya / Once ya grin, I’m in – game begins.” 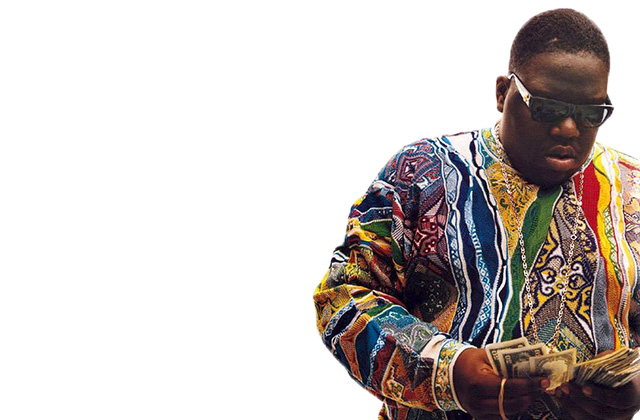 There’s something intriguing (and toasty) about the three-dimensional vibrance that is a Coogi sweater. The ubiquitous piece is so ingrained into hip-hop culture that no one would ever guess its roots lie in Australia. Since Biggie’s passing, we’ve seen it pop up numerous times over the years, most recently on A$AP Ferg and that time Coogi tried to relaunch with help of Jadakiss. Its even been the subject of a full-blown art exhibit. But no one looks boss in Coogi like Biggie, Boosie and us when we give it a spin.

Big Poppa: “Money, hoes and clothes: All a nigga knows / A foolish pleasure?  Whatever. I had to find the buried treasure, so grams I had to measure / However living better now, Coogi sweater now. Drop top BM’s, I’m the man, girlfriend” 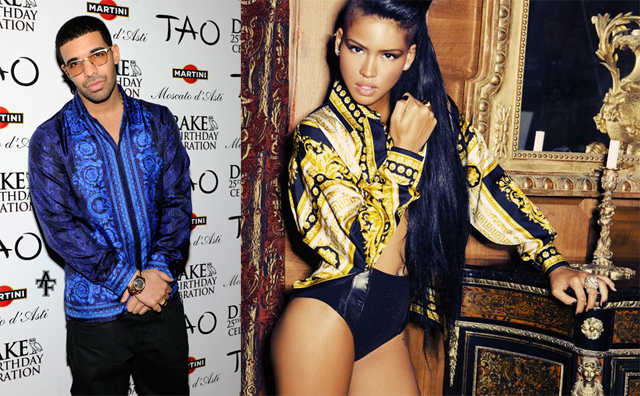 There are limited ways to go wrong with an all-over print as legit as the Versace Venetian. But, unfortunately, Drake knows the way. Drizzy fashion faux pas aside, we’re into a sick Versace shirt, especially when a lovely lady is wearing one. Biggie taught us all about that.

Hypnotize: “I put hoes in NY onto DKNY / Miami, D.C. prefer Versace / All Philly hoes, go with Moschino / Every cutie wit a booty bought a Coogi” 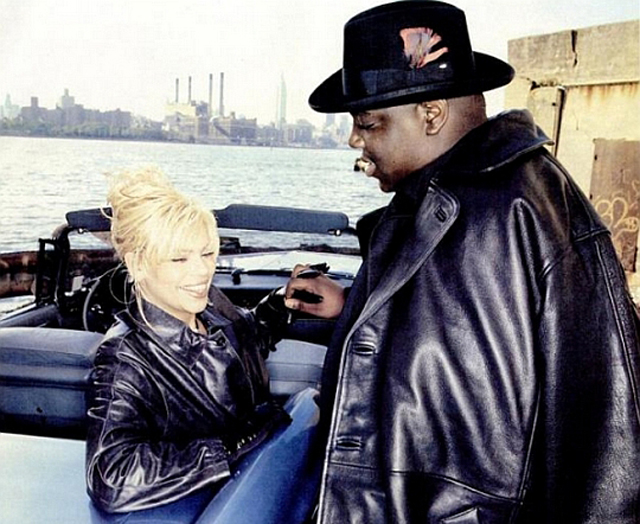 Besides DKNY, there’s only one label Biggie dressed his ladies in. That was experimental Italian label Moschino. Having dressed influential women like Madonna and Tina Turner, Moschino basically captures the calibre of Biggie’s women, many of whom went from toting dime bags to Coach bags – sometimes in the same day.

Player’s Anthem: “Moschino on my bitches / She whippin my ride, countin my ones, thinkin’ I’m richest / Just the way players play, all day everyday / I don’t know what else to say.” Rest in peace, Biggie. Because we know, if hip-hop heaven has a wi-fi connection, you’re definitely reading this.