Breaking: Outkast confirm that they’re playing Splendour In The Grass

With Outkast’s recent run of tour dates, speculation that André 3000 and Big Boi would bring their show down under has been rife. Now, we don’t want to call this too early – but rumours of the duo appearing at this year’s Splendour In The Grass festival have been circulating for months, and now it’s looking like it’s all but confirmed. While the official lineup for the festival is yet to be announced, the official Outkast site has Australian dates locked for the event. It doesn’t really get more certain this, so barring any disasters consider this as something that’s happening. Shoutouts to ACCLAIM homie Captain Franco for the sharp eye.

Ooops looks like @Outkast didn’t get the memo that Splendour In The Grass is announced NEXT week. HOOTIE HOO! pic.twitter.com/bhLaUIc0mh 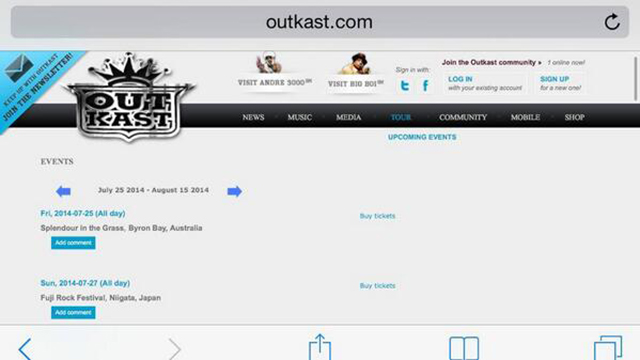