Cam’ron has continued his fine form on Instagram this week, after outing a group of guys ogling his lady, Juju, he’s successfully thrown shade on Nick Cannon aka the most picked on kid in the hip-hop playground. 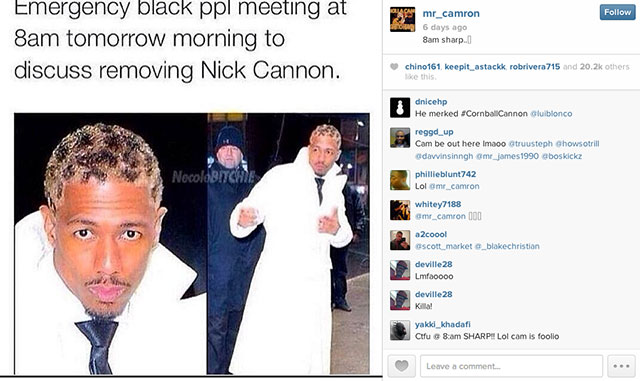 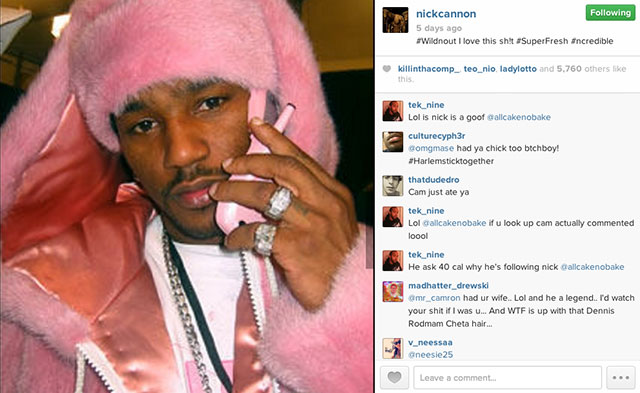 But like that one kid with red hair and glasses, even the wittiest retorts couldn’t save Cannon from his most mockable feature – Mariah. This left Cannon’s ‘gram game silent and for good reason too, any response would’ve been quelled with this little pic from mr_camron‘s vault: 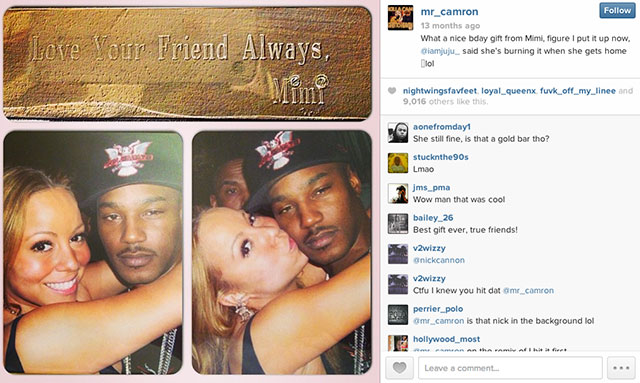 Cam’ron also paired up with Mariah on the ‘Boy (I Need You)’ track so he has artillery to burn. Looks like if Bill O’Reilly can’t beat Cam’ron on his own show, then no one should bother.

More from the man drinking sake on a Suzuki in Osaka bay
Watch: Cam’ron’s ‘We Made It’ freestyle video takes us onto the runway at Mark McNairy 2014
A-Trak and Cam’ron announce Dipset + Fool’s Gold EP ‘Federal Reserve’
Watch: Killa Cam wants to hang with Larry David