No Country For Old (Rap) Men: The Selective Memory of Rap Fans 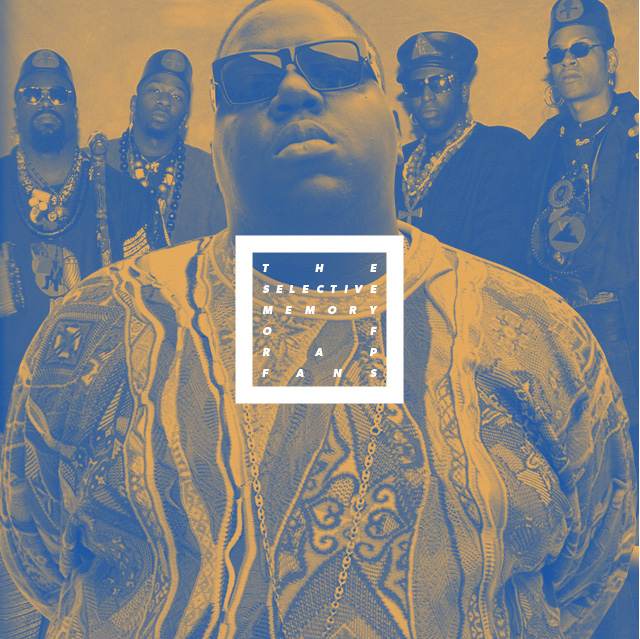 The music media – and indeed social media – are quick to remind us of the anniversaries of old rap albums and the birthdays of deceased MC’s. Oh, and the fact that 21 years ago, Bushwick Bill from the Geto Boys shot his own eye out while obliterated on Everclear 190 (151 proof/95% alcohol content, also revealed to be the largest cause of booze related violence amongst teenagers). Hell, even on NCFO(R)M last week, we wheeled out a fifteen year old Eminem album for re-assessment. Meanwhile, everyone from Mobb Deep to Raekwon The Chef are touring the globe to celebrate the past glories of their own classic releases from two decades past. The only reprieve is that in most cases, that actually seems preferable to listening to any of their new music.

While it’s all good and well to get misty-eyed about the glory days of Avirex jackets, Snow Beach Polo pieces, and Mase’s shiny suits, the ol’ Wayback Machine seems to be rather selective. The Rap Internets neglected to celebrate the 20th anniversaries of The Beatnuts’ Street Level, Diamond D’s Stunts, Blunts and Hip-Hop, or OC’s Word…Life in any significant way. Instead, we got eight thousand Illmatic think-pieces. More significantly, only last month, another significant hip-hop milestone passed by with barely a whimper – the release of X Clan’s To The East, Blackwards on 24 April, 1990 (a date specifically chosen to honor Mumia Abu-Jamal, who was born the same day in 1954).

X Clan are rarely mentioned these days, but had a major impact when they first hit the scene in 1989 with ‘Heed The Word of The Brother’ and ‘Raise The Flag’. Based in Brooklyn, they went beyond the token Africa medallions of the era and embraced a more militant branch of Afrocentrism in their style of dress, lyrical content, and real-life political activism. The core group consisted of community activist Sonny Carson’s son Professor X, producer Paradise the Architect, DJ Sugar Shaft, and lead MC Brother J. X Clan was also notable for founding the Blackwatch Movement, a political movement spurred into action by the murder of Yusef Hawkins at the hands of an angry mob of Bensonhurst locals on 23 August, 1989. 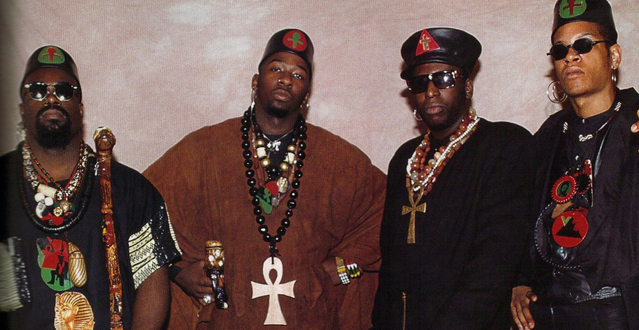 “Shit changed for us,” Paradise Grey told me earlier this week. “We were like, ‘Cats are gonna just kill us like this in the street and get away with it?’ That forced us to take a serious look at ourselves. We’ve gotta go hard and let people know that to be oppressed in this country is not acceptable anymore.”

“We wound up a real street level, grassroots organisation that ran with Sonny Carson and the Committee to Honor Black Heroes and the Black Men’s Movement to End Crack. We fought against police brutality and we helped get David Dinkins elected as the first black mayor of New York. We stood in front of the bulldozers and stopped the construction and prevented them from covering up the bones when they discovered the African ancestors – which is now the [African Burial Ground] National Monument in Lower Manhattan.”

“We did a big march in New York called A Day of Outrage. We marched over 150,000 young black men and took over the Brooklyn Bridge for hours. We wound up getting into a big fight with the police. Two people were arrested, and we kept the bridge hostage until they returned the two brothers to the foot of the bridge. It was a big victory and a moment in the movement. It was in the new York Times, it was on every channel in New York when you turned on the news. Chris Blackwell [head of Island Records] called Sonny the next day. “You think you can keep X Clan out of jail long enough to make an album?””

That LP didn’t fail to deliver on his promises, even going as far as featuring a song chronicling the events of the march (‘A Day Of Outrage, Operation Snatchback’). Brother J’s vocals were as powerful as Chuck D’s, yet delivered in a more refined tone, utilising a vocabulary that was unmistakably X Clan’s. Most importantly, the production hit hard. As one of the earliest New York groups to sample P-Funk (along with EPMD), the crew understood that in music, any message is only as powerful as the beats that carry it.

“I never sample ‘More Bounce to the Ounce’ because I wanted west coast artists to pick-up on my music,” explains Brother J ‘I sampled it because in my basement that’s what we deejayed. I just knew when we go to the block parties, when they put on that Zapp! ‘More Bounce…’ the crowd was crazy! When adults hear ‘Knee Deep’? My father and mother listened to records. I dig in their crates and make my album! It’s beautiful to see that a lotta producers out here in the west coast say, “Man, you inspired me. We used to play your album up on the big speakers when we was making Ice Cube’s album and making this dude’s album and this cat’s album.” I’ve met a lot of legendary west coast cats that gave me a salute.”

X Clan would only release one more album together (1992’s Xodus, released on Malcom X’s birthday) before moving their separate ways. Brother J went on to release the excellent Dark Sun Riders project in 1996, before reforming X Clan to record two more albums with a new line-up in the late ‘000s. Both Professor X and Sugar Shaft have since passed away, but the power of their contributions to both rap and to the ongoing political struggle in America continue to survive. If you weren’t around when To The East, Blackwards came out, I recommend giving it a revisit in between listening to unreleased Biggie Smalls freestyles and appreciating a true classic of the genre.