Never one to disappoint when it comes to Australian sideshows, Earl Sweatshirt will be bringing his tour to Melbourne, Sydney and Perth when he’s in town for Splendour in the Grass in July.

Last time he was in the country (for 2014’s Laneway Festival),  he played spots with Danny Brown and Run the Jewels– a year later, with another album‘s worth of material, there’s no telling what he has in store for us, but it’s safe to say you won’t want to miss out on this one.

Tickets for all dates are on sale now, see below to get some. 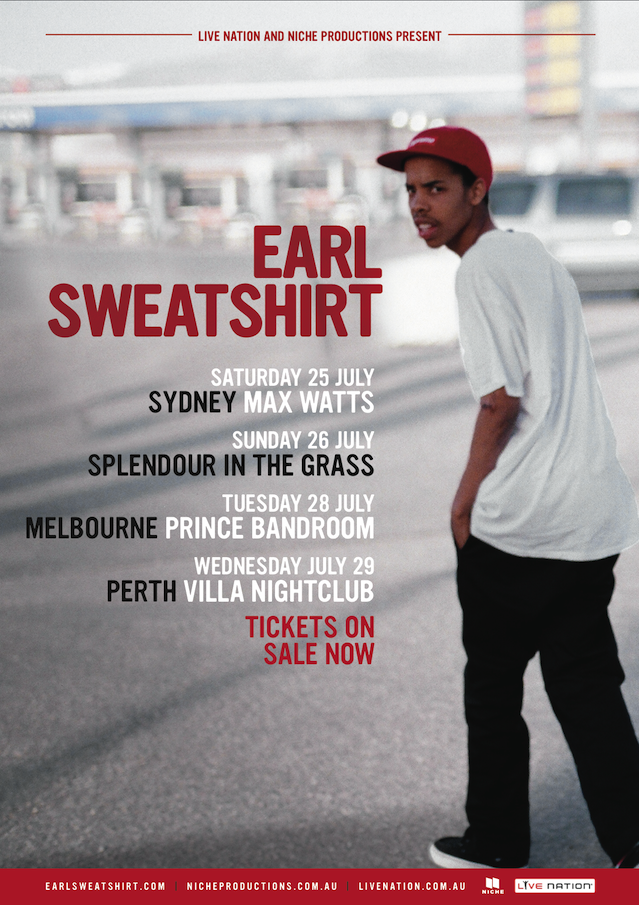