Sydney producer Wave Racer dropped his debut EP a matter of weeks ago and he’s about to take it on the road with a national tour. Following an extensive catalogue of remixes and one-off singles, Thomas Purcell’s brand of light, ‘sparkly’ electronic music is showcased in all its glory with his four-track EP Flash Drive. It’s the perfect mood-lifter and will definitely get you hyped for the weekend.

Where are you from?

What is unique about your local music scene?

We have 1.30am lockout laws in Sydney, so I guess the way we have adapted to these laws as a city makes us unique. Music lovers in Sydney are very dedicated though. Even lockouts can’t diminish the city’s love of music and the desire to be creative :)

What makes you unique as an artist?

I try to set myself apart by not really minding if my music challenges people a little bit. I enjoy not knowing what to expect from artists, and sometimes the biggest curveballs are the most enjoyable. It’s fun for me to throw things in my music that I know not everybody will understand, but may come to enjoy. I think it gives the music character, and it also opens people up to appreciating new things.

Have you heard any new music lately? Got any recommendations?

Of course! There’s a lot of great new music out there. Here a few things I love at the moment:
Billboard – a Canadian producer I recently discovered
Swindail – a young artist from Sydney making fantastic hard-hitting jazzy tunes.
DZZ – This guy is from America and he makes some seriously wild yet sublime electronic music. I’m really digging his ‘Welcome Back’ EP.
Chance The Rapper – his new song ‘ANGELS’ is amazing, I’ve been listening to it on repeat.
Also, the brand new EP from my friends Cosmo’s Midnight, which is coming out very soon, it’s truly awesome (and I’m lucky enough to be featured on it!)

Tell us a little about this release.

This release is my debut EP and my first cohesive package of songs that I’ve ever put out. There are four tracks – including collaborations with my friends Cosmo’s Midnight and Lido. Each song was conceived in a different place in the world and at a different time, and most of them went through many versions before becoming complete songs. Each song is very different, but they all make sense together sonically, which was one of my goals with this EP. I feel like there is a sense of narrative and concept behind the songs on this EP, even if it’s not entirely apparent. That’s what I felt when I was making it anyway. Making an EP was the next logical step for me after having only released singles and remixes before this. I used it as an opportunity to show people a bit more of myself and what I’m capable of as a music producer and artist. It’s a good feeling putting out a package of music that sums up where I’m at creatively.

What inspired the artwork for this?

The artwork for the EP is taken from a still image from my music video for ‘Flash Drive’. It’s by Swedish visual artist Anny Wang. The video was made before we had decided on a design for the artwork, and we actually made the decision at the very last minute. I had some screenshots from the video on my laptop which I thought were visually striking, and the imagery from the video is very relevant to the EP as a whole, so I just came up with the idea to crop one of the images from the video and add some titles. Anny’s work is outstanding so it looked good without even trying, haha. It also worked to tie the whole release together conceptually and aesthetically. It was really important to me that there was consistency between the artwork, the video, the music, and the concept, as I wanted the whole thing to be delivered as a cohesive package.

What else are you working on at the moment?

Well, I recently wrapped up a track with Cosmo’s Midnight, which we collaborated on for their upcoming EP (as I mentioned above). It was extremely fun to make, and I’m super happy with how it turned out. I also just finished a new remix for some very talented artists. I’m not sure if I can say much more about that just yet but it should hopefully be out soon. In addition to all this, I’m also writing new music of my own. I’m really excited to start working on my next thing.

Do you have any shows coming up?

Yes – I have an Australian tour beginning November 6. I’ll be on tour throughout the month and then playing some more shows over summer in AUS/NZ as well! I’ve got an awesome new visual element to my show, which I’m really excited to take on the road, along with all this new music! 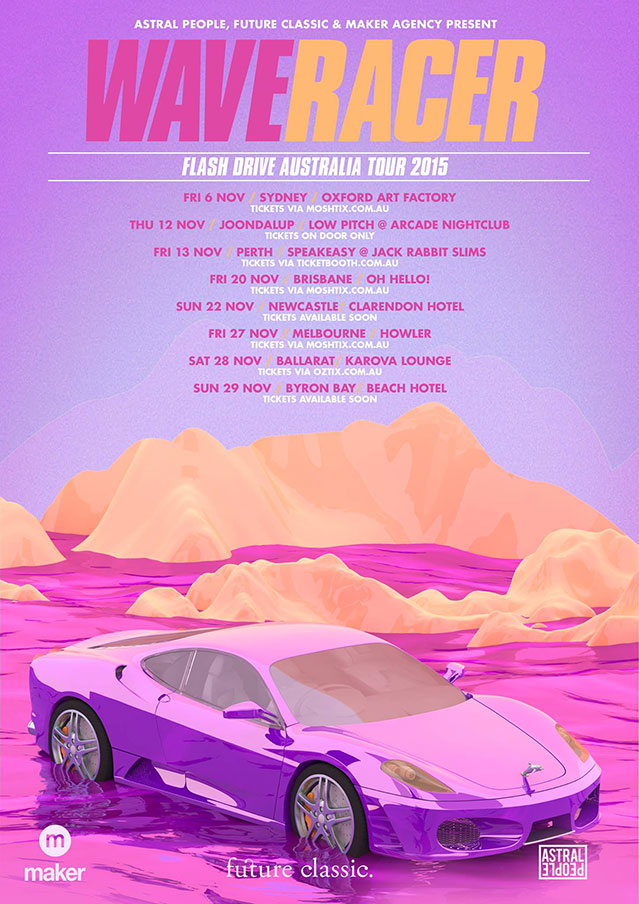 Keep up with Eavesdrop here.