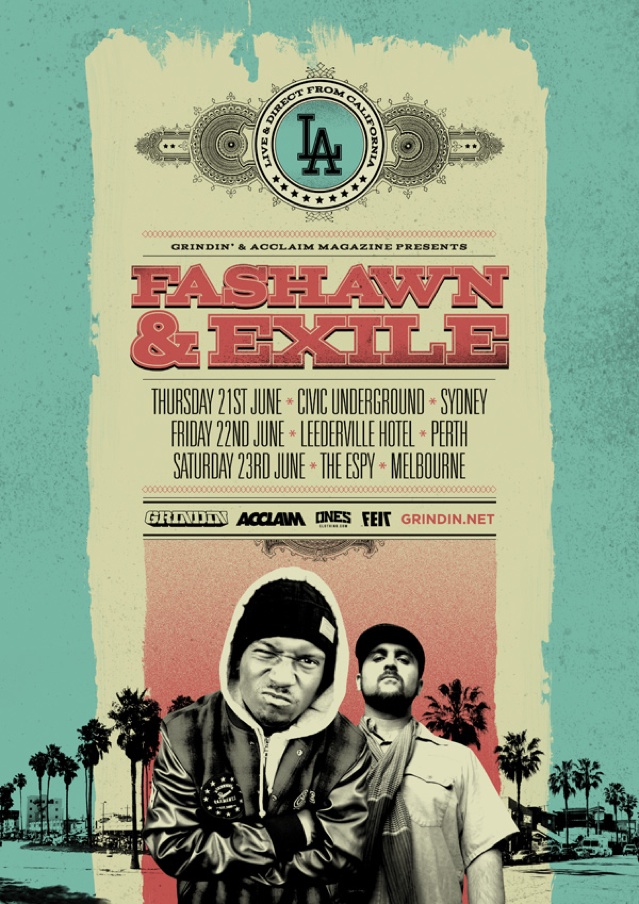 Working together on Fashawn’s first debut album back in 2009, rising hip-hop stars Fashawn and Exile have thankfully collaborated once again. The boys are set to tour Oz for the first time from 21rd – 23rd of June and we’re the media partner. If that’s not a co-sign, I don’t know what is.