Melbourne’s Hip Hop Hotties are calling it a night. Having made a name for themselves by subverting some of rap music’s most misogynistic excesses while putting on one of the city’s most fun rap music events, they’re parting ways to focus other projects.

In the meantime be sure to browse the cast of sadbois in the gallery above, mourning the loss the of the Melbourne clubbing fixture. And why not give the Spring Fling mix that the HHH crew span for us last year a listen?

We have two double passes to the final ever Hip Hop Hotties night to give away. For your chance to win* one, drop an email to comp(at)acclaimmag.com with ’HIP HOP HOTTIES SAY GOODBYE’ in the subject line. Please include the following:

— your name
— your phone number 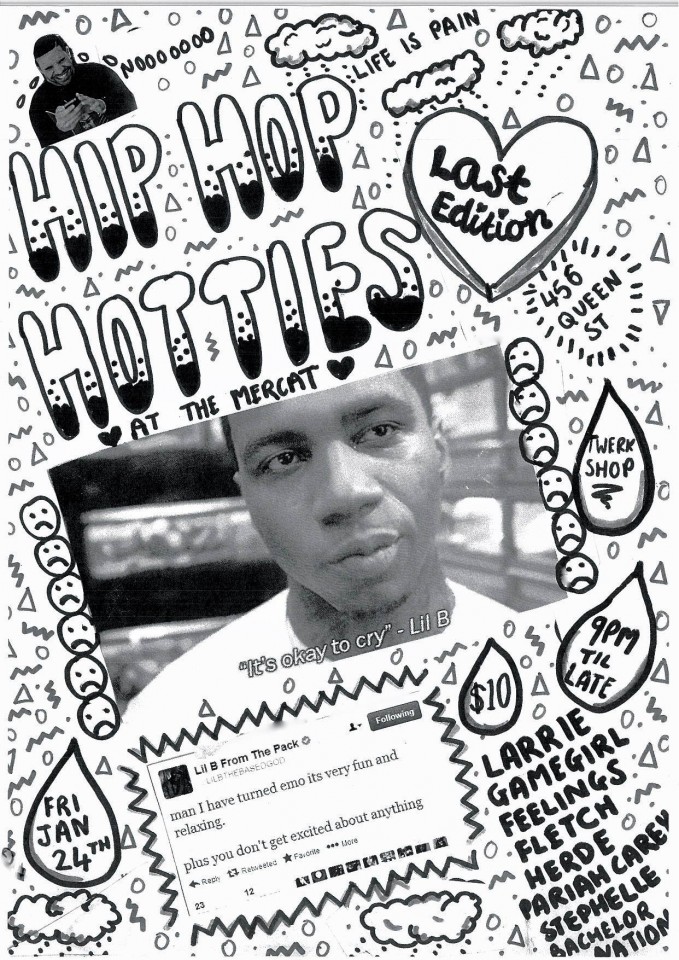 *Please note that by entering this competition you give permission for us to send you the ACCLAIM weekly e-newsletter. You may unsubscribe at any time. If you’re already signed up, nice one! Your address will not be duplicated.