Gotta respect your boy Ta-ku for putting in work. He pulled a DJ Khaled and asked fans to put your hands up if you’re a fan of Drake, resulting in a nice piece of market research he formatted as a pie chart. Because bitches love pie… and Drake apparently. 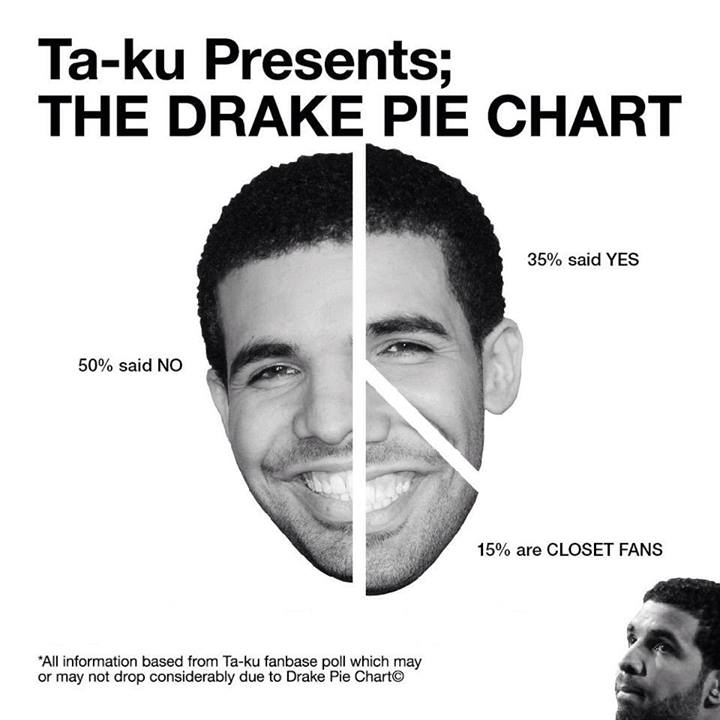 Now according to these stats, at least 50% of the respondents are lying to themselves.

Being a girl that once tried to fight her feels for Drake, I’m literally putting both hands up for the fact that Ta-ku has remixed Over in honour of all the closet Drake fans out there. Day made.

You can download Closet Drake Fans for free via Ta-ku’s SoundCloud and listen to it below: