No Country for Old (Rap) Men: A visit to Sugar Mountain 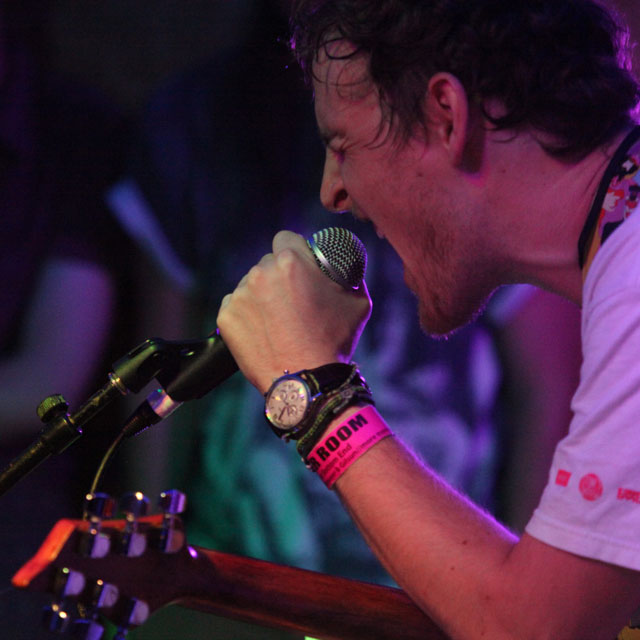 See, this is why I don’t leave my mother’s basement. I heard that ESG, the South Bronx new wave / funk group who blessed the world with the classic UFO break, were playing a show in town, along with Action “Bam Bam” Bronson, so I figured I’d roll through with some of the ACCLAIM crew to avoid the possibility of being reported for loitering. Turns out I inadvertently purchased myself a one-way ticket to hipster hell. Upon our arrival, I made note of a disturbingly high percentage of dudes with stupid beards, denim overalls, ‘streetwear’ and the usual quota of uber-hot Japanese women that seem to be drawn to these hypebeast gatherings (the one saving grace). There was also a reported sighting of Mark Ronson’s buddy Daniel Merriweather, who I guess is back in Mom’s Basement himself since he hasn’t released any music since 2009.

ESG were on stage by the time I got inside, and they proceeded to tear the roof off the place, which had the unfortunate side-effect of encouraging the hordes of unwashed, rhythm-deficient attendees to get their collective ‘groove on’ in a terrifying display of body-moving worthy of Elaine from Seinfeld, which I shall take to my grave, whispering ‘The horror… the horror’. Good thing we were indoors, otherwise I’m convinced there would have been fire-twirling and juggling involved. A few beers later, Bronson appeared and began rapping up a storm. Just the sight of this husky gentleman with tattoos and a ginger beard seemed to work the crowd into a frenzy, many of whom delighted in making ‘rap hands’ in typical ironic fashion, cheesing for photos next to Action while he rapped, and filming him on their iPhones.

After stirring renditions of Shiraz, Blood of the Goat, amongst others, Bronson finally climbed onto stage and did a couple more songs before realising that he was performing to a total of fifteen actual rap fans and a bunch of clueless hipster douche-hammers, at which point he declared “Go fuck yourselves” and broke north at least fifteen minutes early. Wise move. By this stage, I’d acquired a thirst for booze worthy of the 95% of the male commenters on Rihanna’s Instagram account and headed upstairs where Stones Throw honcho Peanut Butter Wolf was playing some mp3s. For a guy who has a lotta good records, his set of disco and boogie was appropriate for the room but not so much for those of us who like actual good music.

Before long, the packed room had begun dancing with potted ferns in the air (wild, huh?), and my usually hilarious disparaging remarks that “disco sucks” to any broad within earshot went down like a lead balloon. Attempting to distract myself long enough to prevent leaping off the balcony, I began sharing my discontent with Twitter just as a pork pie–sporting PBW began to address the crowd in a faux-British accent. Desperately fumbling through my pockets in search of the cyanide pill I’d packed in case of such an emergency, the day was saved as the house lights came on and we were ushered into the night to drown our sorrows elsewhere and lose the stench of vegan mosh pits in the process. And thus ended Sugar Mountain 2013. Remind me to grow a huge beard and dress like a hypebeast next year. Or not.