No Country for Old (Rap) Men: Where Did The Drums Go? 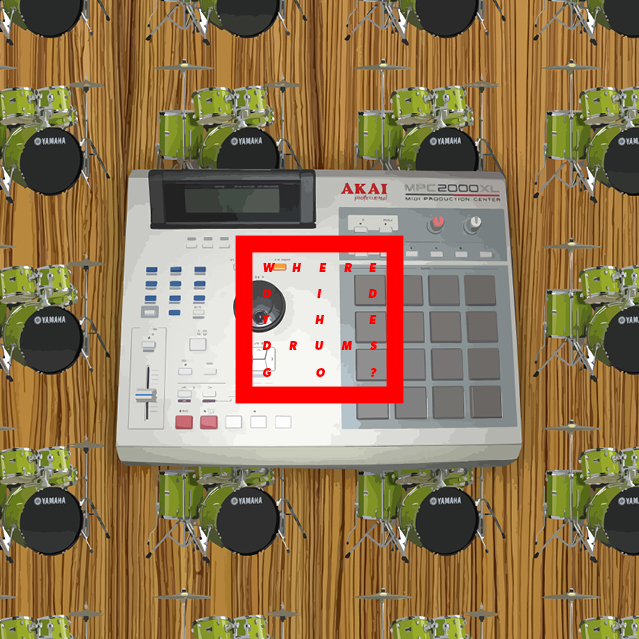 One of the mainstays of so-called ‘underground’ rap has always been loud-ass drums – that deep kick and sharp snare that gets your neck snapping along to the track – often absent in the more popular keyboard and drum machine beats favoured by Rick Ross and his pals. It’s fair to say that it’s been a more than a little disturbing to notice a shift away from drums by producers such as the Alchemist. His recent Russian Roulette album was focused around library records from the former Soviet Union, many of which featured quiet drums of their own, but instead of the more traditional process of ‘fattening-up’ the beats with extra programming, he just seemed to run them as is. This style can also be heard in new music from Roc Marciano and the Arch Druids.

There’s nothing necessarily wrong with this technique, provided the MC is of sufficient caliber to ride the track correctly, and there are some loops that work well without any extra drums, but I can’t help but be a little concerned that this will become a new trend amongst beatmakers who now think that loud drums are ‘played-out’. Admittedly, I did kind of this wish this upon myself when I wrote that I wanted the term ‘boom-bap’ to be retired, and that literally seems to be the direction that LA rap beats are headed.

As the president and founder of the Conservative Rap Coalition, I heartily encourage any kind of instrumental that flips unheard sample sources, but let us not get so obsessed with the obscure aspect that we forget that it’s still a beat at the end of the day, and by definition needs some drums! Some of the greatest hip-hop tracks of the past decade have been built around new ways of flipping popular sample staples, such as the use of Apache for Nas’ Made You Look, the Big Beat chop on Jay-Z’s 99 Problems or Premier’s brilliant flip of 7 Minutes of Funk for NYG’z Giantz Ta Thiz.

No-drum rap can work for someone like Roc Marciano, but in the hands of a less capable rapper dude it ends-up sounding like elevator muzak. Don’t let drums die out – give generously to support this endangered species, before we end up with a bunch of Spoken Word Rap albums that send the listener into a catatonic stupor. Not being one to point the finger, but I blame Madlib for planting these seeds of discontent. Give me back my drums, damnit!