No one was ready for hip-hop to be taken to another level. We were all complacent two-stepping to J. Cole in our Versace shades while designing knock-off Givenchy tees on our MacBooks and waiting for the next Sad Boys release to come out. Then Big Sean had to go and drop Control, a track featuring lyrical heavyweights Kendrick Lamar and Jay Electronica that sample clearance issues kept from Sean’s forthcoming Hall Of Fame album. And, as you all know, Kendrick called out J. Cole, Big K.R.I.T., Wale, Pusha T, Meek Mill, A$AP Rocky, Drake, Big Sean, Jay Electronica, Tyler, The Creator and Mac Miller on the song, calling them “new niggas” and telling them to step it up before he steals their fans.

People were obviously shocked by such a brash verse coming from a generally wise and passive MC, especially in today’s apathetic rap climate. So of course the hours following the release inspired a slew of memes, rapper tweets and interviews as well as response songs from people who weren’t even mentioned on the song or thought about while it was being written. Follow the aftermath below:

This one that didn’t make the album cuz of the sample BUT IT IS NOT no radio shit.. Straight rap… I’m talking 7min shit… Grimey shit.

If I can’t do no more nouns or verbs ima start comin with the wildest adjective bars that anyone has ever heard. — Mac. (@MacMiller) August 13, 2013

Pusha T is ready for battle.

Big K.R.I.T. had nothing bad to say about the situation. He sees it as exposure for him.

J. Cole awkwardly posed on the cover of Vibe with Nas. 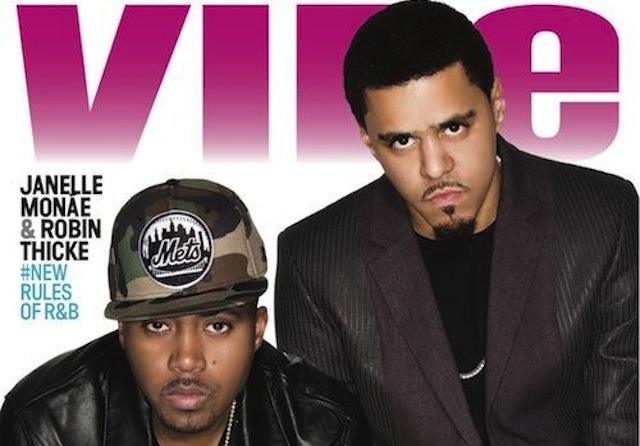 Keeping in mind that he has an album to promote, Big Sean appeared on Funkmaster Flex’s Hot 97 show to spit a freestyle and spoke to a reporter at Vibe to explain some things about Control.

“I knew what it was for the culture of hip-hop. You see how excited people are, and I wanted to do that for music. It gave me like the feeling of how hip-hop was. How it used to be. When I heard that verse I wasn’t about to go back and change my verse—that’s cheating. That ain’t the way of an O.G. That ain’t how G’s move. I wanted to [release the song] for the culture of hip-hop as opposed to myself.” B.o.B must have been upset he wasn’t mentioned. He took it upon himself to release a response to Kendrick called How 2 Rap (Spoiler alert: It’s garbage).

But Lupe, whose tweets are private and has apparently lost his mind in recent years, took to Twitter to express his saltiness and also released a track called American Trap.

“From Jay to Ye to Drake to Wayne now KL etc, everybody drops they’re the best and everybody else is less and honestly it’s not true.”

I say, thank God for Kendrick. This verse just made everyone think about what they’re releasing and ask themselves, “Is this actually good or not?” This brings back a climate in hip-hop that has been nonexistent in the last 10 years. This one event will change hip-hop for the rest of 2013.