Around The World With 80 Things

What’s your ideal holiday? Island hopping around Thailand? Exploring the culture in Berlin? Getting loose in Rio? Or maybe just lounging around the French Riviera? The world is a big place, and with so many options to explore it can be hard to decide on a destination – let alone what to pack for when you get there. Fortunately, we’re here to help. We’ve partnered with Contiki to create a series of travel wardrobes for four of their greatest international tours, so whether you want to unleash your inner adrenalin junkie in the jungle or kick back with a cocktail on the beach, Contiki have got you sorted – we’ve just ensured that you’ll look good doing it. All tours available via Contiki. 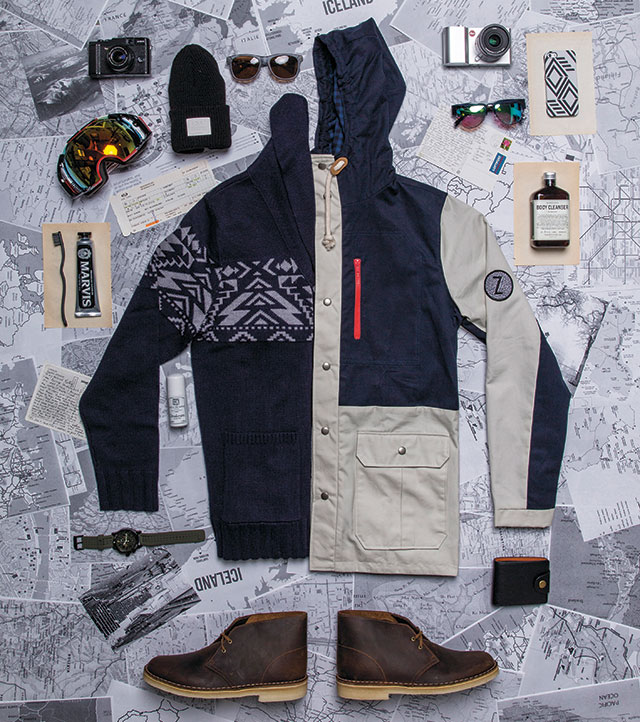 Want to visit Europe and take it all in, without fighting for a space in a sea of tourists? Then it’s simple, hit Europe in the winter and explore in relative peace. Where else to acclimatise but London, ideally by a fireplace in a pub. Once you’ve adequately adjusted, it’s on to Paris, then Lucerne and Lyon. Moving out France it’s time to take on Barcelona, and the twin comfort of paella and sangria. From here it’s a simple train ride to Monaco in the French Riviera, before heading out to Italy. Here you’ll spend time in legendary cities like Florence, Rome, and Venice before striking out for Vienna, Austria. From here you can skip to Munich with plenty of time to enjoy some comfort food before departing for Prague. After two days in the Czech Republic, it’s time to head back across the border to Germany for a couple of days in Berlin. That should give you a couple of chances to try and get inside the ultra-exclusive Berghain, before you head off to wrap up your trip with the farewell it deserves in Amsterdam. The Winter Wander tour is available via Contiki. 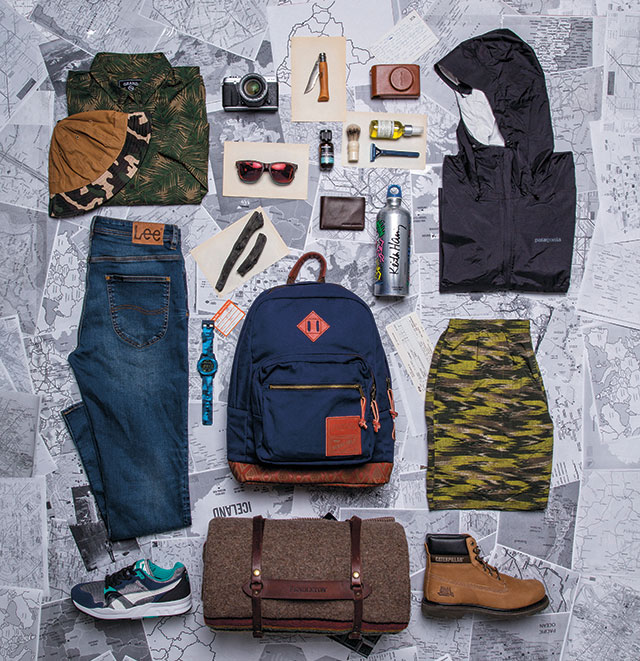 You’re not afraid of adventure, right? Total immersion is the way to go, which is why you’re diving right into the heart of Lima to start exploring South America. From here it’s a short flight to Arequipa, the second largest city in Peru that sits adjacent to three volcanoes. From the volcanic city it’s on to the depth of the Colca Canyon and the heights of Puno. After you’ve adjusted to the highs and lows, next up is a trip through Cusco to the Sacred Valley – and a stop off at the last functioning Incan town, Ollantaytambo, which is within trekking distance of the breathtaking Machu Picchu. After exploring, it’s time to head back to Cusco and grab a short haul flight over the Andes, so that you can make your way to a jungle lodge nestled in the rainforest. From here you make your way downriver, dodge a few piranha, and calm your nerves in Puerto Maldonado for the evening. After a short stop back in Lima, it’s time to bid farewell to Peru and set your sights on Argentina. First stop, Buenos Aires for a couple of days recovery time and maybe a steak or two. Then it’s back on track to the spectacular Iguassu Falls and a trip across the Brazilian border. Now you (deservedly) get to wind down a little on the pristine beaches of Buzios where you can hit the surf, enjoy some fresh seafood, and basically live the life of luxury. Finally, you can wrap up the whole experience with a well-deserved party when you make your way to Rio De Janeiro for the last destination on your trip. The Adventurer tour is available via Contiki. 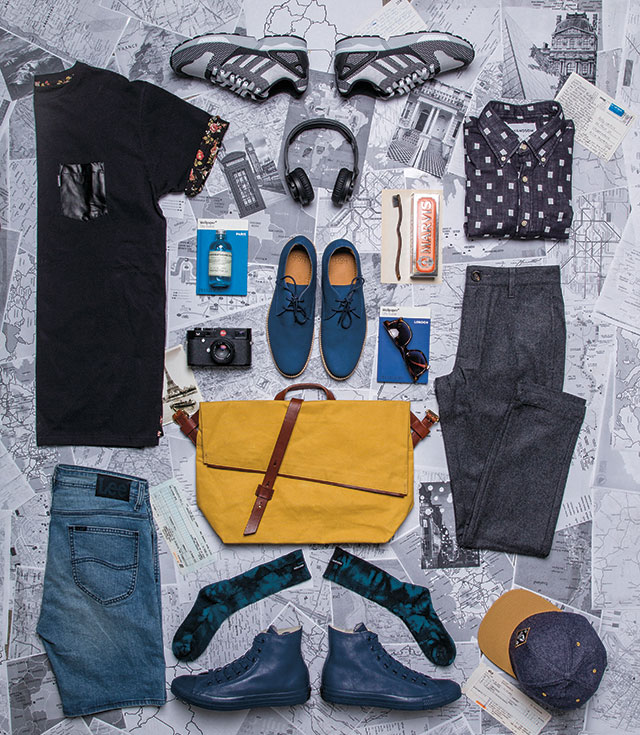 This is a trip that’s a lot like you – sophisticated but never boring. Kick off your European adventure in London, but soon you’ll be off to discover Paris, the City of Lights. From France, meander to the mountains of Switzerland and spend some time in picturesque Lucerne. Now you’ll head through The French Riviera, before heading onwards to Italy. Relax in Florence and Rome, and then head on to Venice to take in St. Mark’s square. After absorbing the history in Italy, it’s time to move on to Austria for some white-water rafting and mountain biking in Austrian Tyrol. From here it’s out to Munich for a recovery beer (or five) in one of the city’s many beer halls. Once you’re adequately recovered then it’s time to move on to Prague for a laidback cruise down the Vltava River, and then on to Rhine Valley for wine tasting. Finally, how else would you wrap up your European jaunt but with a measured (or not) blowout in Amsterdam. The European Vista tour is available via Contiki. 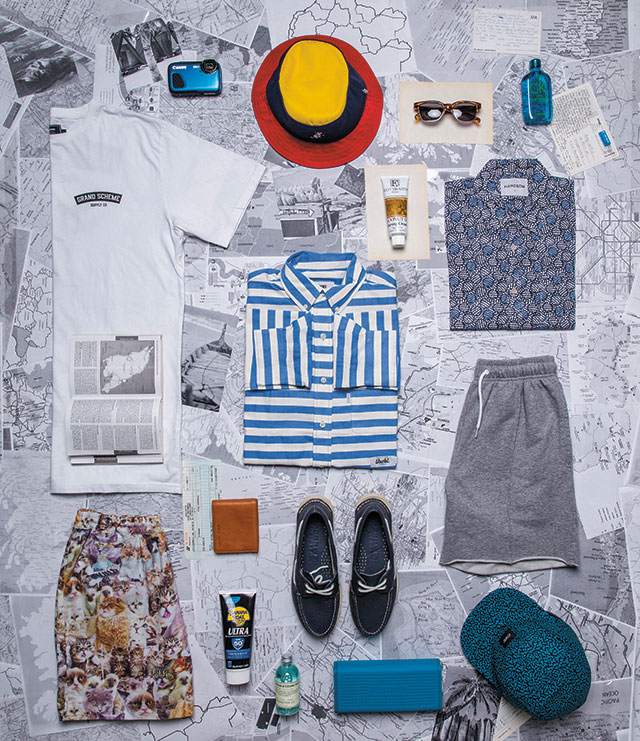 A holiday should be a holiday, and that means plenty of beaches and drinks from coconuts right? That’s why you’re touching down in Phuket, Thailand’s largest island, to kick off the celebrations. After a few days getting acquainted with the local way of life, it’s time to jump a ferry to Koh Phi Phi where you’ll be able to catch sunset with a beer in hand from a beachside bar. The next two days are all about the beach – swimming, snorkeling, and kayaking to your heart’s content, while the evenings are dedicated to the island’s thriving nightlife. After you’ve dried out (from swimming, of course) it’s time to move on to Krabi for a more relaxed, small-town vibe. Here you can take life at a slower pace, explore the Buddhist temples, and immerse yourself in the local culture. Finally it’s back to where it all began in Phuket for one final night in the city.  The Thai Island Hopper tour is available via Contiki.