Some sneakers have undeniable staying power. Trends come and go and decades pass, but they still elicit the same response from their wearers and admirers. They retain their place within the lexicon of popular culture. The Reebok Classic Club C is this sneaker. It’s a classic in the truest sense of the word—something of recognised and established value.

With its timeless tennis style silhouette and clean lines, the Club C has been the footwear of choice for subcultures around the world since its launch in the mid 1980s, and has re-emerged in recent years through collaborations with Kendrick Lamar and London-based Palace Skateboards.

The Club C shows that the wearer has an unwavering sense of who they are and where they’re going, and Australian rapper and star of the new Reebok Classic Club C campaign, Ziggy Ramo, embodies this sensibility.

He’s quickly become a vital voice in the Australian hip-hop scene, his music exploring race relations and gender in contemporary Australia in thought-provoking ways. We had a chat to Ziggy about who he looks up to style wise, the first song he ever made, and what classic means to him.

Hi Ziggy! How long have you been making music for? Do you remember the first song you made?
What’s good! I found a real passion for music at 15 and knew at that point it’s what I wanted to do. People really only see parts of the journey but it is a lot of work for years behind the scenes, but when it’s your passion it’s easy to be stubborn. The first song I ever made was when I was 13, I made a parody of ‘American Boy’ called ‘Aboriginal Boy’, I can remember it so vividly.

Who are your style icons?
Janelle Monáe is amazing yo, I love how she blurs the lines of femininity and masculinity. Janelle just rocks whatever feels good and I really admire that. Same with Keiynan Lonsdale. Style is expression and being unfiltered in that expression is so dope to me.

Who are you influenced by musically? Who have you had on high rotation lately?
Too many to name! I have so many influences, I feel like you can learn something from everyone. I have been stuck on SZA’s Ctrl record for a minute. Been bumping [Miguel’s album] War & Leisure. We both played Splendour last year and after seeing him live I realised I had been sleeping on that album. 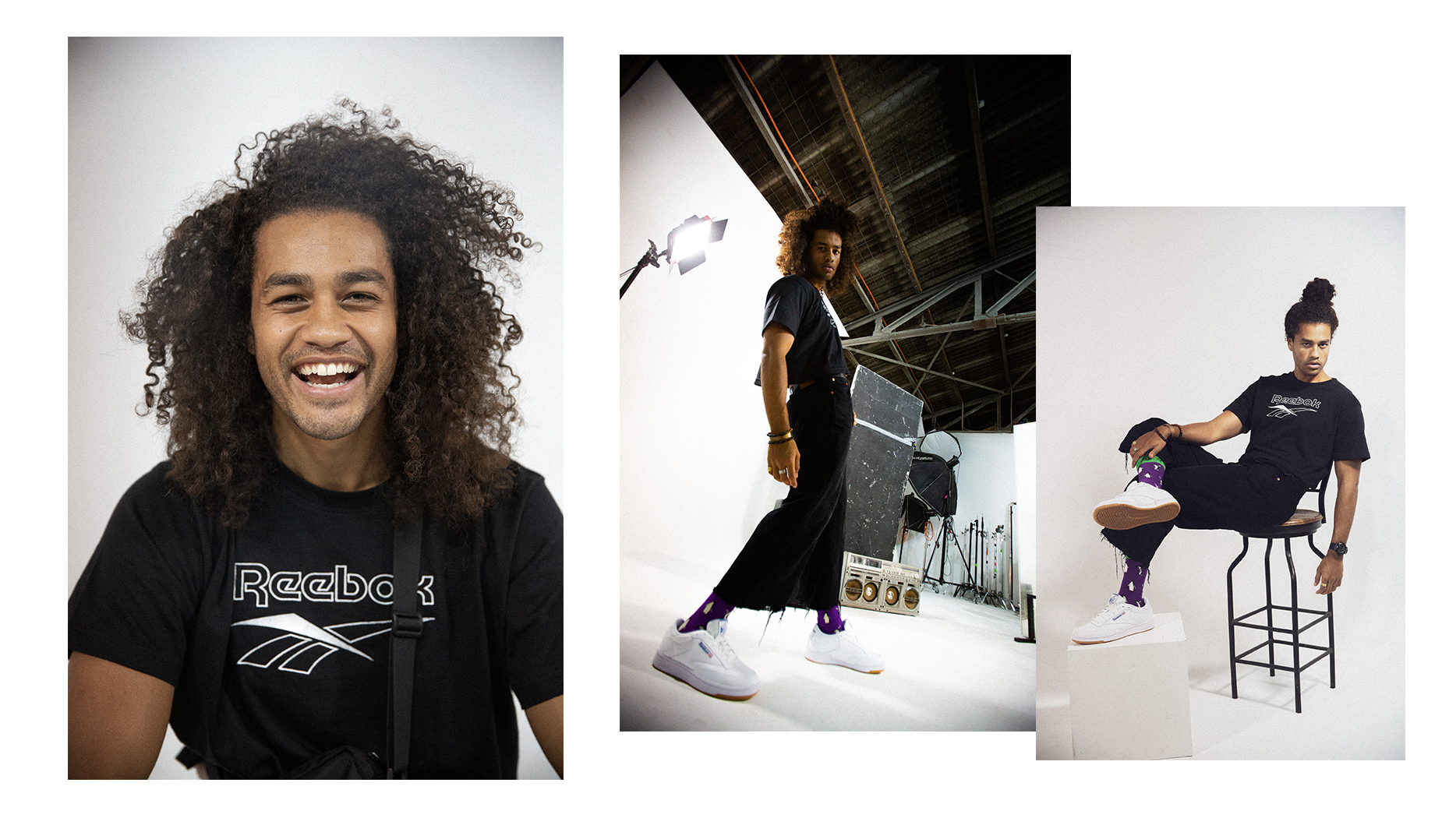 What’s the most important lesson you’ve learnt in the last year?
Norms are dumb. We are all our own people and you just gotta be you. Nothing more special than being comfortable with who you are. Be your on icon for real.

The Reebok Club C sneaker is a true classic. What makes something classic to you?
Something that is classic is timeless. No matter what time period, it will always stand the test of time.

What’s on the cards for the rest of 2019 for you?
I am living in the studio. Writing, writing, and more writing. Putting in time to grow my craft, striving to create something classic. Playing some shows and most importantly just trying to be a good human.

Grab your pair of the iconic Club C’s here.