No Country for Old (Rap) Men: How not to write about old rap 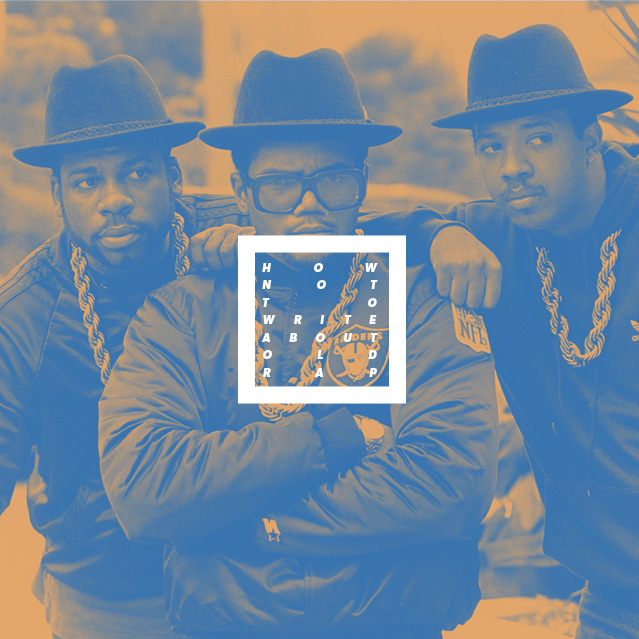 As much as I maintain that certain rap albums will never be bettered no matter what happens in the future, it’s recently come to my attention that most hip-hop released prior to the Wu-Tang Clan is virtually incomprehensible to younger ears. Case in point, these reviews I read this morning at The Rap Up, which has begun a new series called ‘Back To The Classics’. The idea itself is sound – assign a music fan born in 1990 the task of reviewing classic ’80s rap albums. Unfortunately, the guy who’s been assigned the task – under the byline of ‘Aaron’, which is also the name of Moses’ brother and/or weed carrier – operates under the mistaken assumption that a “great hip-hop album” must cover a broad variety of subjects to keep the listeners attention. This presents a number of problems, since many acknowledged benchmarks of the genre are great largely because they are focused and flawlessly executed. Only Built For Cuban Linx is nothing but crime rhymes, yet would anyone in their right mind fault it as such? While I appreciate that this is just someone expressing their opinion on some seminal hip-hop albums, he’s clearly wrong and therefore deserves to be shamelessly mocked for daring to express an opinion that doesn’t correspond with mine.

Take this, for example: Aaron discusses Criminal Minded, the hugely influential debut album from KRS-One and DJ Scott La Rock (aka Boogie Down Productions), which was put together with Ced Gee from Ultramagnetic (because he was the only guy in the South Bronx to own an SP-12 and know how to use it). Aaron complains that “I did not find Criminal Minded to be a masterpiece. Some of the lyricism is redundant and some of the beats are too minimalistic for their own good.” I’m assuming that this dude has no idea how revolutionary KRS’ rhyme cadence was when this came out, and he’s just sore that songs like Poetry are “only” brag rap. But even in those simple terms, the argument fails, since the stuff that KRS-One is rhyming about here is in fact a complete rejection of the Run-DMC / LL Cool J mould of rhyming. Poetry is a grand statement of intent, as he explains that he is “not a king or queen, I’m not ruling,” casting himself as a “teacher” in a new school of rhyming. Yet this is all very tiresome for this young whipper-snapper, who finds himself “bored” halfway through the track.

Elsewhere, he enjoys Run-DMC’s Raising Hell, but grumbles that “There are occasional missteps. Peter Piper is fun at first but runs on a little long and sounds repetitive.” Or, “One listen to Rock the Bells raises another point; LL is a poor man’s Run-D.M.C.” Surely this guy is trolling? The review of Kool G Rap’s debut features the following hilarious quote: “Fortunately, G Rap included the heartfelt She Loves Me, She Loves Me Not and the title track, both of which keep the brag-fest from becoming boring.” After all these years, my long search is finally over! I’ve found the one person on the planet who likes KGR’s only ballad! Finally, when discussing The D.O.C.’s first LP, he moans, “Unfortunately, what I found was exactly what rendered Strictly Business and Critical Beatdown mediocre to me: too many same-sounding braggadocio tracks.”

So what exactly does this character respond to? A quick glance at the review of Queen Latifah’s All Hail The Queen reveals the answer: “It’s been a long time since I’ve heard one album do so much.” Right, so we’re dealing with one of those everything-but-the-kitchen-sink type of rap fans, are we? Spoilt by the mid-’90s record company mandate which dictated that a commercially viable hip-hop album must be all things to all people and feature at least one Pete Rock remix, a guest spot from Busta Rhymes and some kind of track catering to outside of New York. As time went on and more emotionally fragile rappers began to emerge, expectations began to involve MCs talking about their innermost feelings, making obligatory ‘party’ songs and covering everything from recent United Nations conferences to who their favorite dead painter is. If you really feel the need to sing, dance, laugh and cry over the course of a rap album to feel that it’s any good, then good luck to you, sir. But writing moronic reviews about mid ’80s rap albums sounding “dull” because of too many drum machines is akin to dismissing Robert Johnson for not having a drummer, or complaining that Miles Davis needs to “relax with the horns”. It’s a pointless exercise that only proves you have a lot to learn about music before you attempt to write about it in public ever again.